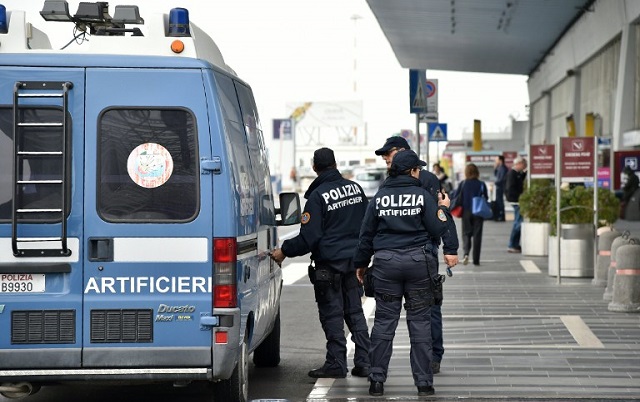 The dismantling of the 11-strong group was completed at the end of January after nearly two months of investigations triggered by two of them being picked up at the Italian port of Ancona on December 4th, 2016, according to the anti-terrorism wing of Italy's state police force.

Their departure was delayed by a Greek ferry strike and it was during the unexpected delay that they were subject to an identity check which revealed that Germany had banned Soufiane Amri from leaving the country.

Amri was deported to Germany while Lutumba was detained in a centre for failed asylum-seekers awaiting deportation in the southeastern port of Brindisi.

Subsequent investigations and monitoring of Lutumba's telephone calls from the centre established that the two men had been travelling with false documents and were in regular contact with other members of the cell based in the central Berlin district of Moabit.

Three other members of the group were arrested on December 4th at Bajakovo at the border between Croatia and Serbia, the Italian police said. Emrah Civelek, Feysel Hermann and Husan Saed Hussein were also said to have been trying to get to Iraq or Syria.

Civelek was described as a Berlin taxi driver who was involved in the running of the “Fussilet 33” mosque  which was closed down in February because of concerns it was a meeting place for Islamists.

Several members of the Berlin group had contact with Anis Amri and the suspected marketplace attacker was a regular visitor to lodgings shared by Soufiane Amri and Lutumba, according to the Italian police.

A Tunisian national unrelated to his Moroccan namesake, Anis Amri was shot dead by Italian police in Milan on December 23rd, four days after the market attack claimed by Isis left 12 people dead.

READ ALSO: What was the Berlin attack suspect doing in Milan?

Anis Amri arrived in Italy by boat in 2011. He spent time in a detention centre and several prisons in Sicily for violent behaviour after Italy tried but failed to deport him back to Tunisia, and was finally ordered to leave the country in 2015.

Following these revelations, Italy's foreign minister pledged to strengthen ties with Tunisia and to speed up deportations of asylum seekers whose applications had been rejected.

German police did not immediately respond to requests for details of the operation against the Berlin cell which the Italians described as “a very diverse group of militants.”

They were all legally resident in Germany, between 20 and 30 years of age and with identical records of radicalisation.

All members of the group have been indicted in Italy for having links to international terrorism while the two suspects initially detained on Italian soil are also specifically charged with links to Islamic State and raising funds for the group.

Separately, Italy's interior ministry said on Friday it had expelled a 32-year-old Tunisian and a 27-year-old Egyptian as suspected sympathisers with Islamic extremism, based on their social media activity.

Italy has carried out 38 expulsions of this type this year and 170 since the start of 2015, the ministry said.