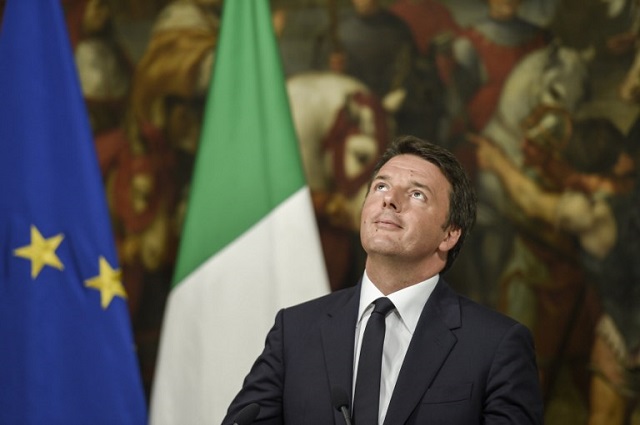 Opinion polls show Renzi is on course to defeat his two rivals, Justice Minister Andrea Orlando and Puglia governor Michele Emiliano, in the primary elections. Polls taken from April 12th-23rd all show Renzi with a strong lead, predicted to take between 57 and 72 percent of the votes.

Orlando is predicted to gain 16-29 percent of votes, with Emiliano on a projected 9-13 percent.

Most commentators in the Italian press saw Renzi as winning a TV debate between the three would-be leaders on Wednesday. In the debates, he said he would not rule out a coalition with Silvio Berlusconi's Forza Italia party, but would not reach a deal with the Progressive and Democratic Party, a group of former PD politicians who broke away from the party in February.

Renzi bowed out as prime minister in December, following a crushing defeat in a referendum on which he had staked his leadership. Since then, the country has been governed by Paolo Gentiloni's caretaker administration.

He stayed on as leader of the centre-left party until February, however, when he quit, triggering a leadership battle as he vowed to win back his post.

At the time, he pointed the finger at rebels within the party, many of whom had opposed him in the December referendum.

“Schism is one of the worst words, only one is worse and that's the word blackmail. It is unacceptable for a party to be blocked by the diktat of the minority wing,” said Renzi.

“You have the right to defeat us, not eliminate us. That's the heart of a democracy,” he added. The 42-year-old had himself come to power as the result of a party coup, engineering the ousting of predecessor Enrico Letta – an ally of Emiliano – to become the country's youngest ever leader.

So how has Renzi been spending his time off?

He wrapped up his campaign in Brussels on Friday, telling reporters in a conference near the European Parliament that the choice of location was a symbol “that we are profoundly European.”

He addressed the rise of populism across the continent – the PD's main rival in next year's election will be the anti-establishment Five Star Movement party – saying Europe “must be saved from the populists”.

However, he also said the Union needed a “radical change”.

He's been a vocal supporter of French presidential candidate Emmanuel Macron, congratulating him on progressing to the second round of elections and saying “Bravo Macron: the challenge starts now. A challenge that regards Italy too. Forward, together.”

Interestingly, Renzi's slogan in the primaries, “In Cammino” (On the Move), is an exact translation of Macron's political movement, “En Marche!”

READ ALSO: How Matteo Renzi fell as swiftly as he rose