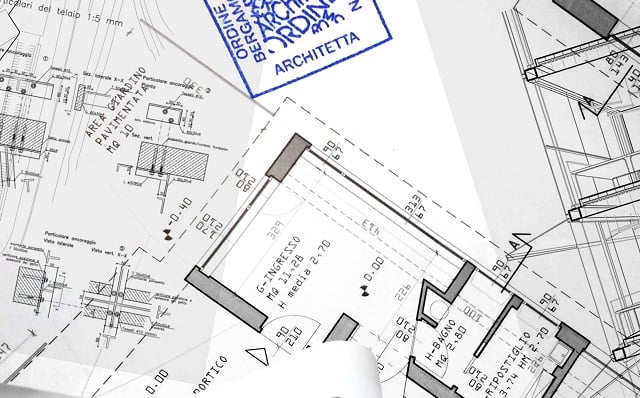 The stamp in its female form. Photo: Francesca Perani

“Architecture is a very male environment that has strong links with the building world,” explains Francesca Perani, adding that only three out of ten architects in Italy are women and that it can be hard to progress in the male-dominated field.

Together with fellow architects Silvia Vitali and Mariacristina Brembilla, Perani campaigned for several months to be able to call herself 'architetta' rather than the male form, 'architetto'.

Their request was accepted by the Order of Architects in Bergamo, Lombardy in March, and from Thursday, they – together with other women in the profession – will be able to use the female form in their professional stamp.

For Perani, the introduction of an equivalent word in Italian was more than a simple question of semantics.

“It’s an important evolution, because it gives us our identity as professionals,” she says. “When I was at university, there were no female teachers of design – not just in Italy, but also when I studied abroad.

“But in London, I had a female director who was very supportive of other women, and that was very important for me. Young women today need to see that there are women in the field, women who are promoting their work, not just for themselves but to provide positive role models for new generations.”

Perani co-founded Archidonne, a group for women architects in 2010, which has worked with the Order of Architects to create an equal opportunities committee in 2013, in order to promote equal treatment of men and women within the profession. She says that while women architects typically graduate from university with higher marks and in less time than men, they often find it difficult to progress once they begin work.

Even when choosing the name for the group, 'Architette' felt like “a step too far”, Perani explained, so they opted for 'Archidonne' – a hybrid of 'architetti' (architects) and 'donne' (women).

However, she's hopeful that the term will now become common parlance. “Just as it was difficult for people to use assessora (councillor) and sindaca (mayor) at first, it’s the same for architetta. They’ll get used to it,” she said.

Laura Onofri, one of the founders of equal opportunities movement SeNonOraQuando? (If not now, when?), agrees.

“One of the factors that can change the patriarchal cultural models within our country is language,” she says. “It isn’t a case of whether a word 'sounds right' or not. It’s about using the right words to define people and circumstances in a way that is not only correct but is equal.”

The issue of sexism inherent to language has long been discussed in Italy. A 1987 book, 'Sexism in the Italian language' by Alma Sabatini, first recommended avoiding the use of 'generic masculine' – for example, saying 'uomo' (man) when referring to people in general.

Following the publication of the work, Italy's linguistic academy updated its own guide, saying that it was incorrect to avoid using the feminine form when referring to women. And more recently, the President of Italy's Chamber of Deputies, Laura Boldrini, and Rome mayor Virginia Raggi asked to be called 'la Presidente' and 'la sindaca' respectively.

But why was the issue so important to the three Bergamo architects?

Campaigner Silvia Vitali explains: “The gender gap is apparent in the difficulty women have in getting into the job market, fragmented and discontinued careers, lowly-qualified jobs and – above all – significantly lower incomes than their male counterparts.

“Women engineers and architects respectively have an average income of 56% and 63% less than their male colleagues in spite of the fact that they may be better qualified.”

Vitali's interest in using the female form of her profession was awakened after attending a course on gender and equality at Bergamo University, sponsored by the Department of Equal Opportunities.

She says the course made her more sensitive to issues of gender mainstreaming and highlighted how societal mechanisms slow down women’s progress.

And when Bergamo City Council in October 2016 ruled in favour of revising all terms used in council forms, in order to emphasise both genders, Vitali decided to make an official request to be called 'architetta'.

Mariacristina Brembilla, the third architect behind the proposal, hopes that using the feminine form will increase visibility for women in the profession and help to break down gender stereotypes.

“We need to break with the idea of the man as the bread-winner and the woman as the caregiver, in order to improve work-family balance and ensure a fairer distribution of tasks and roles within the family,” she says.

“These stereotypes affect all of society, not just self-employed women, and children should be brought up to be aware of gender equality.”