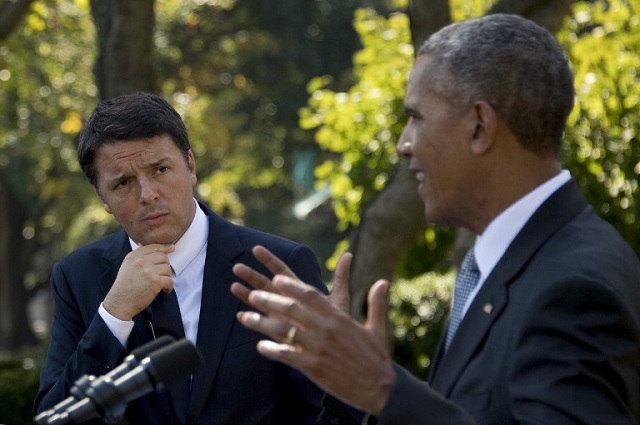 The former US president – who will be in Milan to speak to a conference on innovation, food security and climate change – will meet Renzi privately Monday afternoon, a spokesman for Obama announced.

“The two leaders were close partners and became good friends while in office,” he added.

Renzi has often cited Obama's “Yes we can” slogan, and more recently began appropriating the “En Marche!” (“On the Move!”) exhortation of Emmanuel Macron, the centrist elected French president on Sunday.

Obama recently issued a video making clear his support for Macron, saying the young man – at 39, France's youngest leader ever – had “put forward a vision for the important role that France plays in Europe and around the world.”

Macron, he added in a backhanded swipe at the Frenchman's right-wing rival Marine Le Pen, “appeals to people's hopes and not their fears.”

Obama's keynote speech on Tuesday will come at the third edition of “Seeds & Chips – The Global Food Innovation Summit.”

He will then take part in a question-and-answer session with Sam Kass, a former White House chef and nutrition policy adviser to both Obama and his wife, Michelle.