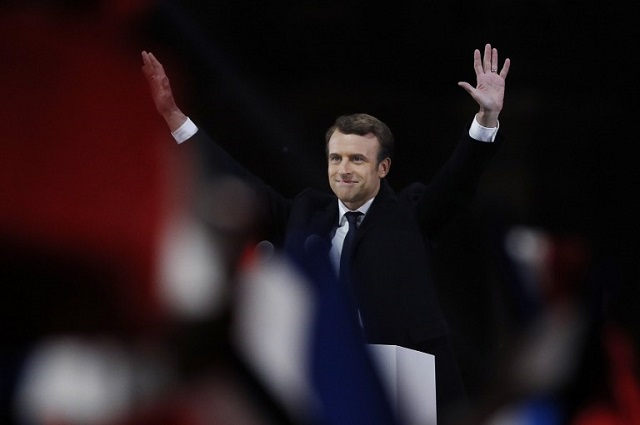 Macron scooped over 65 percent of the vote on Sunday night, an extraordinary feat that will leave Italian politicians mulling over the implications for their own upcoming elections.

Not only was the result viewed by many as a vote in favour of the European Union, but the fact Macron has been elected president just a year after forming his own party could well serve as inspiration to some of the smaller groups on Italy's fragmented political scene.

But one of the quickest off the mark to celebrate the win was Matteo Renzi, the former PM who recently won back his old job as leader of Italy's centre-left Democratic Party.

“Macron's victory writes an extraordinary page of hope for France and for Europe,” said Renzi, who had expressed support for Macron throughout the campaign.

Renzi's slogan, 'In Cammino' is a direct translation of 'En Marche', the name of Macron's movement 'En Marche', and Renzi will now be hoping to copy Macron's sweeping victory in the Italian elections, set to take place no later than May 2018.

Other high-ranking figures in the Italian government also interpreted Macron's victory as a vote of confidence in the EU. These included Economy Minister Pier Carlo Padoan and Speaker of the Chamber of Deputies, both of whom are independent but aligned to the centre-left.

“Congratulations to Emmanuel Macron who celebrates with the European hymn [Beethoven's Ode to Joy]. The 'yes' to Europe should be an instrument of change of progress,” said Padoan.

“It's a beautiful evening for Europe. The victory of Emmanuel Macron demonstrates that the populist wave can be stopped.”

On the other side of the political spectrum, far-right leader and Marine Le Pen ally Matteo Salvini chose not to congratulate or allude to Macron's win.

“Thank you Marine Le Pen, those who fight never lose,” was his only comment on the French elections.

Also silent on Macron's victory was Five Star Movement leader Beppe Grillo, who had not shown support for either candidate during the election campaign.

He has previously praised Marine Le Pen as a “great woman who has achieved huge success” but despite both politicians being sceptical of the EU, he has said her political values are different to those of the Movement.

But while Grillo and Salvini held back on commenting, Silvio Berlusconi, who leads Italy's fourth party, Forza Italia, gave an interview on the elections to daily La Stampa on Monday morning.

He distanced himself from either candidate, saying that Le Pen represented “values which are not shared by us” while Macron was a “glittering technocrat from the right”.

Berlusconi also said that, despite differences between the Italian and French context, the French election result showed that “elections are won in the centre”.