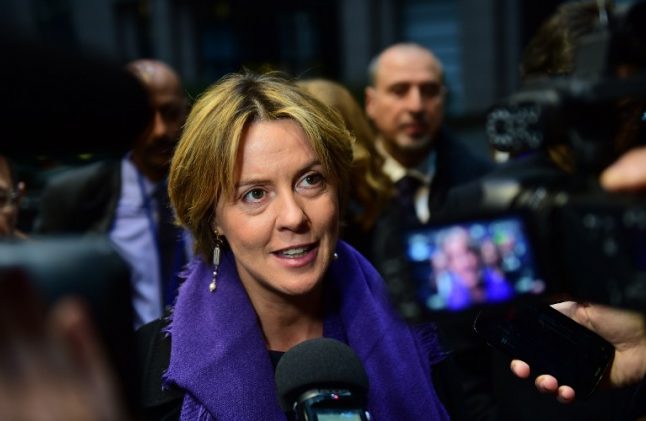 The law will apply to children aged up to six years old, and the number of vaccinations considered compulsory will rise from four to 12. The newly obligatory vaccines include those against measles and meningitis, cases of which have risen dramatically in Italy recently.

Prime Minister Paolo Gentiloni said parents flouting the ban would face sanctions of up to 30 times the current ones, which range between 150 and 250 euros.

Italy's health minister Beatrice Lorenzin had said last Friday that the government planned to approve the legislation “by the end of next week”.

But the decree was slightly held up by debate over the age at which vaccinations should be compulsory for school entry. Lorenzin had pushed to extend the law to apply to all children aged up to ten – in other words, all elementary school pupils – but Education Minister Valeria Fedeli argued for it to be left at six.

Fedeli said last week that she was “astonished” by the way Lorenzin had pushed through the bill. The apparent friction prompted recently re-elected Democratic Party leader Matteo Renzi to comment: “The government is giving an impression of no coordination, and everyone doing what they feel like”, according to Il Sole 24 Ore.

Health Minister Lorenzin has long campaigned to tackle the fall in vaccination cover across Italy, which she has called “an emergency generated by fake news”.

The minister has previously sounded the alarm over the recent rise in infectious diseases. In March, she called to “rapidly boost” vaccination cover and last November, she welcomed the decision of an Italian region to ban non-vaccinated children from public daycare centres.

Lorenzin has also shared photos of her three-month-old twins getting their vaccines, saying: “Mums, don't be afraid”.

Measles cases rose more than fivefold across Italy in April, compared to the same month last year, the National Health Institute said at the start of May, with a growing anti-vaccine movement believed to have contributed to the increase.

Meanwhile, up to 20,000 children in Treviso, northern Italy, are thought to be at risk of infectious diseases following revelations that an Italian nurse 'pretended' to administer vaccines while really throwing away the phials.

But Italy's Five Star Movement party has also been heavily criticized for its role in raising doubts over the efficacy of vaccinations.

Grillo accused the New York Times of “fake news” over an article titled 'Populism, Politics and Measles' in which the paper said he had “campaigned actively on an anti-vaccination platform”.

“There is nothing to support this lie,” said Grillo in his blog, despite the fact that in 2014 the party proposed a law calling “for better information and possible denial of administering vaccinations” – with Grillo one of the signatories.

The proposal included the line: “Recent studies have brought to light the link between vaccinations and specific illnesses such as leukaemia, poisoning, inflammation, immunodepression, inheritable genetic mutations, cancer, autism and allergies.”