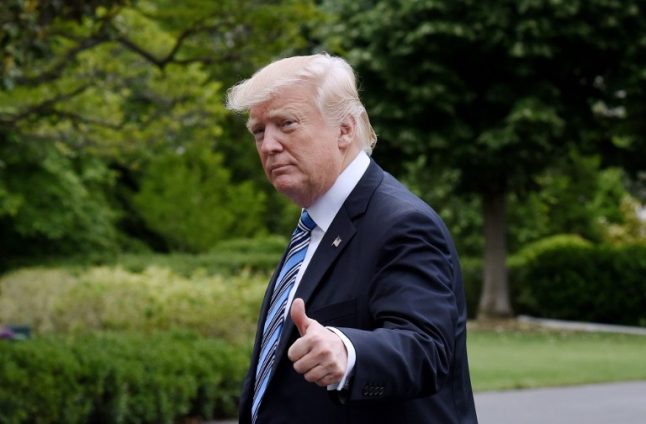 “I have never judged anyone without listening to them first,” he said aboard the papal plane on his return from a trip to Portugal, adding that he hoped to hear “a message of peace for the world”.

The outspoken Trump, who has rejected traditional diplomacy for a policy of speaking his mind on Twitter, will meet Francis on May 24th.

“I think he will say what he thinks,” the Argentine pontiff said.

“To find doors which are even slightly open one must speak of common things and go forwards. Step by step, peace is crafted each day,” he added.

The two leaders have previously staked out opposing policy positions, most notably in a heated exchange through the media while Trump was campaigning in February 2016 to become the Republican Party's nominee for the White House.

“Friendship between people is handmade, it is made every day by respecting one another, walking together. Being sincere about what one thinks is key,” Francis said.

The pope, 80, has condemned the idea of using walls and barbed wire to keep out foreigners, while Trump has begun fulfilling his pledge to build a 2,000-mile (3,200 kilometres) wall along on the Mexican border.

His administration had also tried to close US borders to refugees and nationals from seven Muslim-majority countries, a move directly at odds with Francis's calls for welcoming and integrating people forced from their homes. The pontiff has personally housed refugees in the Vatican, as well as encouraging priests to welcome migrants in their parishes.

The pope has also been an ardent supporter of efforts to combat climate change, but Trump has pledged to pull the United States out of the COP21 Paris Agreement on reducing greenhouse gas emissions.

Trump has said he will make his decision on whether to stick to the agreement before the G7 meeting in Taormina, Sicily later this month.

Asked whether he thought the US leader would soften his stance on these issues, Francis said “that would be a political calculation which it is not for me to make”.

One area of common ground could be Trump's efforts to curb abortions. The US president has signed legislation that removes rules protecting tax-funded financing of family planning clinics that offer abortions.