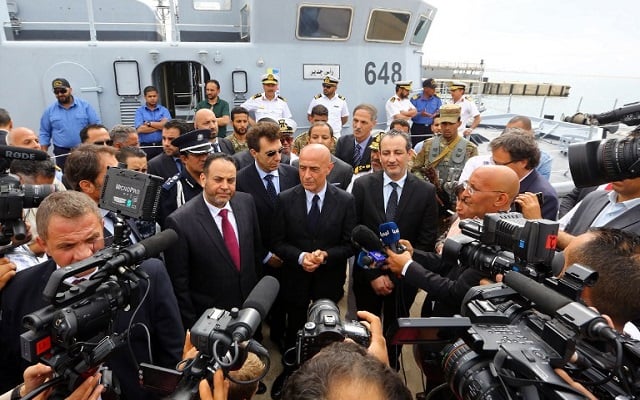 Italian Interior Minister Marco Minniti this week handed over to the Libyan coastguard four patrol boats repaired in Italy as part of a cooperation deal against people traffickers.

Another six patrol boats are to follow soon after the training of their Libyan crews, he said.

“These boats are not fitted with arms. We can't used them for patrols when the traffickers are increasingly armed,” Abdullah Tomia, a senior naval officer in charge of cooperation with Italy, told a news conference in Tripoli.

“We've asked Italy to arm the patrol boats,” he said, while noting that Libya was still under a UN arms embargo in force since its 2011 revolution that toppled dictator Moamer Kadhafi.

“Before the revolution, we were dealing with unarmed traffickers. But no we are up against fierce, armed gangs,” Tomia said.

Libyan authorities have complained about lacking the means to deal with the floods of migrants who try crossing the Mediterranean in makeshift boats.