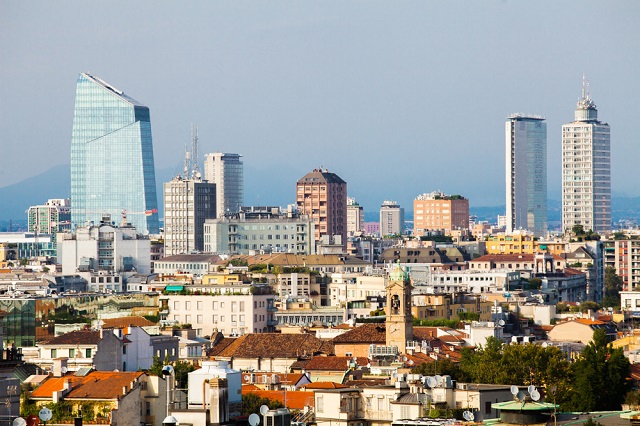 National data body ISTAT said on Monday it was anticipating output to increase one percent in 2017, slightly less than the centre-left government's prediction of 1.1 percent but better than the 0.9 percent and 0.8 percent forecasts of, respectively, the European Commission and the IMF.

Italy is lagging behind its partners in the eurozone and political instability has been a key factor in that, says Fabio De Felice, founder and director of engineering consultancy Protom.

“The rules of the game are not clear,” he told AFP.

“And there is no clear industrial policy or any strategy about where we want to go, which markets we are targeting and how,” said the entrepreneur from Naples.

It is a view shared by Angelo Bruscino, who chairs the youth branch of the Confapi association of small and medium-sized companies. “Nobody can tell you what Italy's strategy is for energy, for dealing with bureaucracy … these kind of questions get pushed to one side by the day-to-day political debates.”

“But everything stopped,” once Renzi was forced to resign after losing a December referendum on constitutional reform, one of the key planks of his plan for shaking up how Italy is governed and does business. “There are still around 100 decrees that need to be approved for some of the laws Renzi passed to come into force.”

With Renzi due to attempt a comeback at elections expected early next year, Italy is now being run by caretaker Prime Minister Paolo Gentiloni and the uncertainty over what comes next is seen as dampening an economy saddled with unemployment over 11.5 percent of the workforce.

“Italy needs a shock, a big acceleration of reforms, a broad industrial policy, especially in favour of small and medium-sized companies that are the motor of our economy,” says Bruscino, whose company, Ambiente Spa, specialises in advanced recycling.

READ ALSO: Everything you need to know about Italy's (very complex) political system

While the made-in-Italy brand is as strong as ever in fashion-related luxury and food and drink, in other sectors the country is suffering from declining competitiveness while international rivals forge ahead on that front.

A snail-paced legal system and mountains of red tape are also long-established complaints of the Italian business community. “There is no certainty about how long it will take to complete court proceedings, no certainty about what rules are,” says De Felice.

Bruscino says he was involved in a Franco-German-Italian project to create an innovative plant in the Naples region: “The struggle to get all the necessary authorisations from the local authorities delayed everything by 18 months,” he says.

Now, in an ever more competitive world, such barriers to innovation can threaten the survival of companies, particularly young ones, the 37-year-old says.

And all of these problems are compounded by the ongoing credit squeeze created by the crisis in an Italian banking system labouring under the burden of nearly 350 billion euros worth of non-performing loans.