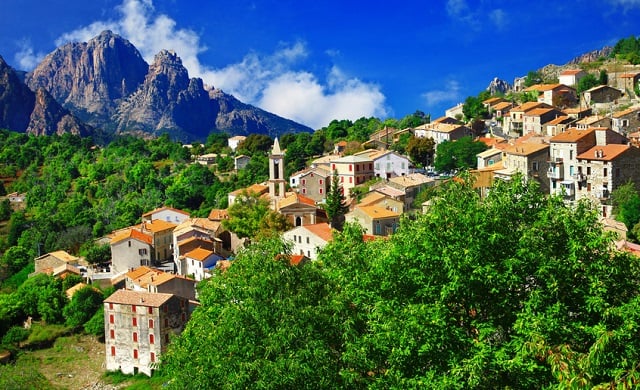 On the map, the countries which Trump is visiting over this week were outlined in white – but there was a surprising addition within Italy's borders.

Corsica – which is a French region – appeared to have been labelled part of Italy.

In fact, the Mediterranean island, which lies north of Sardinia, hasn't been part of Italy since the 18th century, when it was ruled by the Republic of Genoa.

After that, it declared independence in 1755, before being conquered by France 14 years later.

It didn't take long for some social media users to spot the error, with a thread on Reddit titled “Thanks Donald for giving us back Corsica!”

Corsica is granted more autonomy than France's other regions, but the island is home to a number of nationalist and independence movements which oppose French dominance.

Italy occupied Corsica for one year during the Second World War, and an early 20th century nationalist movement known as Italian irredentism promoted the Italian annexation of the island, particularly under Benito Mussolini's Fascist regime.

In a short article, the editors of Corsica Oggi, a news site based in the island, mused: “Could the American president in reality be an Italian irredentist? Or simply ignorant?”

The map also appeared to show the Vatican as being a city in Italy, when in fact Vatican City is a city-state.

And it wasn't the first geographical mix-up Trump has made on his trip.

After arriving in Israel, the president reportedly said he had “just come from the Middle East”, a comment which appeared to puzzle Israeli President Reuven Rivlin, considering the country is located in the Middle East.

He has also previously called Belgium, where he will travel tomorrow, a “beautiful city”. COVID-19
Europeans harden views towards US and EU after pandemic 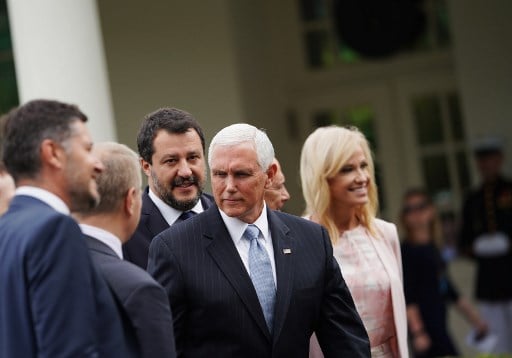