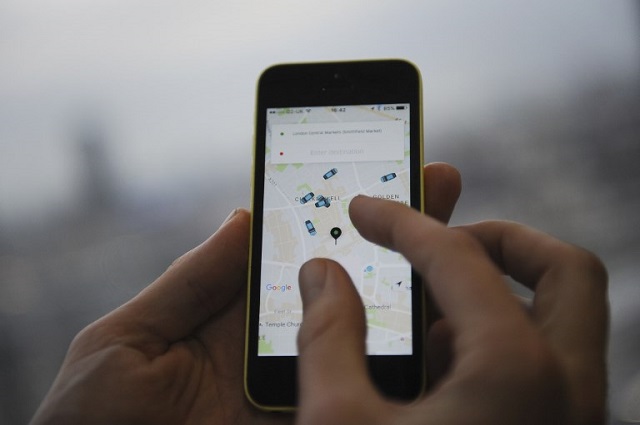 A photo shows the Uber app in use. File photo: AFP

The initial ban upheld a complaint filed by taxi unions and gave Uber ten days to end the use of various phone applications on Italian territory, along with the promotion and advertising of them.

A week later however, a Rome court suspended the ban after an appeal from Uber, pending a final ruling.

The appeal from the transport app was upheld in Friday's ruling, meaning the Uber Black service – which offers professional drivers, in contrast to the main version of the app – is now allowed across the country.

However, the app's UberPop and UberX services remain banned due to a previous ruling.

The company said it was “really happy” with the court's decision. “Now more than ever, there is a strong need to update legislation so that new technologies can improve citizens' lives and city mobility,” said Uber Italia in a statement.

Italian taxi drivers held a six-day strike in February in protest over perceived perks for Uber and over unofficial car-hire services, leading to disruption across the country. The unofficial set of protests saw clashes between drivers and police, and threats against drivers who continued to work.

Uber does not employ drivers or own its vehicles, but instead uses non-professionally licensed contractors with their own cars. It therefore considers itself a player in the “sharing economy”, which allows drivers to operate their own business.

Taxi operators say it represents unfair competition because Uber drivers can flout the rules and restrictions that regulate the professionals, while being paid for their services.

READ ALSO: Ten essential free phone apps for your next trip to Rome