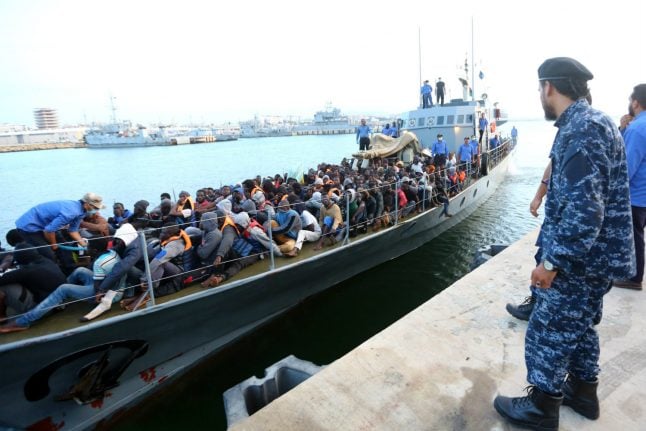 Immigrants rescued by the Libyan coastguard arrive at a naval base in the capital Tripoli on Friday, May 26th. Photo: Mahmud Turkia/AFP

On Saturday, the Tunisian army also rescued 126 migrants from sub-Saharan Africa hoping to reach Italian shores, officials said. They were aboard a flimsy inflatable boat off the coastal town of Ben Gardane, near the Libyan border.

On Friday, more than 1,200 migrants were rescued by Libyan ships and taken to Tripoli or Zawiya,  about 50 kilometres west, while the Italian coastguard and commercial boats rescued 2,200 others and took them to Italy.

At least 10 bodies were also found by the Italian coastguard, officials said.

Migrants were still disembarking in southern Italy on Saturday.

Another 6,400 were picked up between Tuesday and Thursday, but at least 44 people died, including 35 who drowned on Wednesday when a powerful wave struck their vessel, pitching them into the sea as a rescue ship was distributing life jackets.

Officials expressed fears that many more people were still missing at sea.

The unloading of passengers in Sicily was halted all week due to the G7 summit in the eastern hilltop town of Taormina, which lengthened rescue ships' journey by 24 hours and delayed their return to the seas.

In response, they called on commercial boats to help out.

More than 50,000 migrants have reached the Italian coast since the start of the year, not counting those rescued in recent days, while more than 1,400 have drowned or are missing, according to UN figures.

The North African country has long been a stepping stone for migrants seeking a better life in Europe.

Libya has urged Europe, and particularly Italy, to supply it with the equipment it needs to monitor its southern borders, through which migrants, mostly from sub-Saharan African, enter the country.

While migration and the vast continent on Sicily's southern doorstep got a mention Saturday in the final statement of G7 leaders gathered in the hilltop town of Taormina, the summit itself was dominated by trade, climate change and security threats.

Summit host Italy had made Africa a priority for the gathering, picking Sicily as a venue as it was “at the heart of the Mediterranean” and a “bridge between Europe and Africa,” according to Prime Minister Paolo Gentiloni.

Italy wanted to craft an ambitious, end-of-summit declaration outlining a long-term vision for relations with Africa apart from the main statement, according to Italian diplomatic sources.

But “the Americans killed the project and made it known end of April that they refused to have any separate declaration,” Friederike Roder of One, an NGO that monitors G7 meetings, told AFP.

In the final G7 statement, the leaders recognised the need to support refugees while also emphasising “the sovereign rights of states, individually and collectively, to control their own borders.” 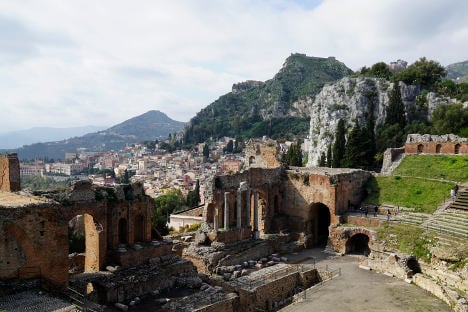 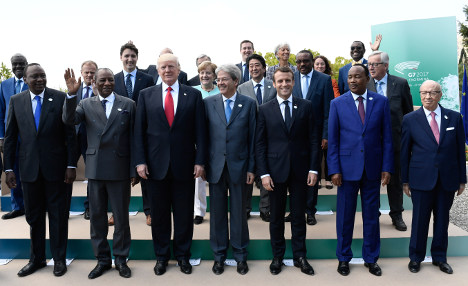