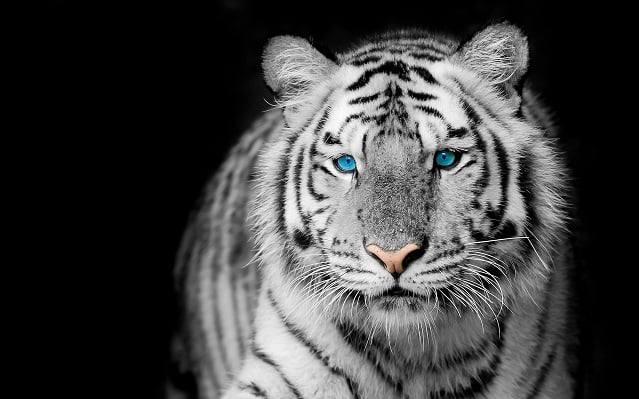 The tiger, eight-year-old Gladio, was saved from a cramped and dirty cage where police found him after receiving complaints from animal rights activists.

At the time of the rescue, Gladio showed signs of psychological distress and malnutrition, zookeepers said. But he has recovered under the care of vets and visitors can now see him in his new enclosure at Rome's Bioparco.

The feline has a 400 square metre compound of vegetation, ponds and a swimming pool, and shelters to spend his days in.

“It's the first time he has ever touched the ground,” said Federico Coccia, president of the Bioparco. “He was living in a small cage, walking only on cement.”

Coccia added that the zoo is home to several animals rescued from mistreatment or neglect and that its staff and exhibitions aim to raise awareness of mistreatment, illegal trafficking and abandonment of animals.

Due to a rare genetic mutation, tigers such as Gladio have white fur with black streaks and blue eyes.