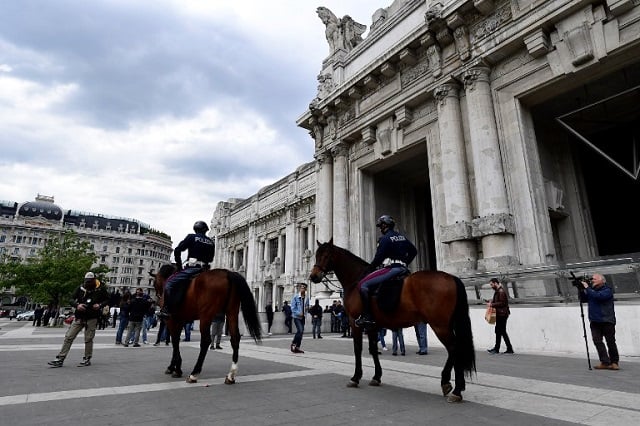 Public spaces are by definition open to everyone, regardless of age, gender and social status. But in Italy, national security measures are placing ever-tighter restrictions on what people can and can’t do in public. All of a sudden, those who threaten the “liveability” and “decorum” of a neighbourhood can be expelled.

And the courts – charged with the duty of protecting people’s rights and freedoms – are finding that they don’t have the power to stop it.

In 2008, the Italian government adopted a set of new urban security rules. The security package introduced new powers for local authorities, which have been used to penalize a wide range of behaviour deemed to be “unacceptable” – a bit like the Anti-Social Behaviour Orders (ASBOs) that were adopted in England and Wales from 1998 until 2014.

In essence, any behaviour considered problematic or threatening by local authorities – an inherently subjective and potentially arbitrary judgement – could be sanctioned. So the laws could be used to penalize and exclude unwanted and stigmatized groups such as sex workers, beggars and refugees.

In 2011, the Italian Constitutional Court found these orders to be illegitimate, on the basis that they could potentially penalise any undesirable yet harmless behaviour, in a way that disproportionately interferes with the citizen’s rights.

According to the court, these orders breached the two fundamental principles of legality and proportionality. And so, along with courts in England and Wales, and Belgium, the Italian courts corrected their use, allowing local authorities to adopt these regulations only in exceptional cases where there is serious risk of harm.

Notwithstanding this judgement, local authorities have continued to issue such orders, and earlier this year the Italian government once again introduced a law which – in spite of the court’s previous ruling – offers up wide discretionary powers for local authorities in the field of urban safety.

This new law allows local authorities to penalize uncivil behaviour, for the purpose of protecting the “liveability” and “decorum” of the city, and preventing behaviours associated with crimes such as drug dealing and the exploitation of sex workers. Local authorities also have the power to ban people from certain “protected” areas (mostly, areas of historic and cultural interest and public parks) if they adopt any behaviour that is seen to limit or prevent others from accessing or using these spaces. The ban can prohibit a person from entering a given area for 48 hours, and if a second ban is issued, its duration can be extended to up to six months.

In this way, local authorities have found a way to target behaviour that may eventually lead to harm, but does not – in itself – pose any risk. Once again, the principles of legality and proportionality seem stretched to breaking point, while citizens’ rights can be curtailed according to the subjective interpretations of those in power.

These developments are deeply concerning, as they show that the courts’ rulings are often passed over by local and national governments. The latter, in fact, tend to use security as a political tool to gain (or hold on to) political power, resorting to measures that curtail individuals’ liberties, rather than safeguard them.

It seems as though judicial action is not enough to ensure that citizens’ fundamental freedoms are protected against excessive intervention, in the name of security.

More can be done by politicians, local authorities and citizens themselves to restore and protect individual freedoms in public spaces. Political leaders should cease using national and urban security as a political football to win over popular sentiment, and avoid introducing redundant local powers that reduce individual’s freedoms.

Much of the harmful behaviour that is targeted by these measures is, in fact, already criminalized, so these local orders seem to serve the sole purpose of removing unwanted groups – whose presence is considered annoying, but who don’t do anything illegal – from public spaces.

Local authorities also have a role to play here. Given the existence of quite broad and discretionary public order powers, local authorities can steer or limit police enforcement by setting clear guidelines – for example, by clearly indicating the type and gravity of behaviour that is to be targeted.

But perhaps most importantly, it is up to the public – with the help of activist groups and human rights associations – to demand that their freedoms are protected against abuses. Ensuring that people are safe is one of a government’s most crucial responsibilities. But so too is protecting their freedom.

Want to write a guest blog or opinion piece for The Local Italy? If you've got something to say about Italy, get in touch at [email protected]