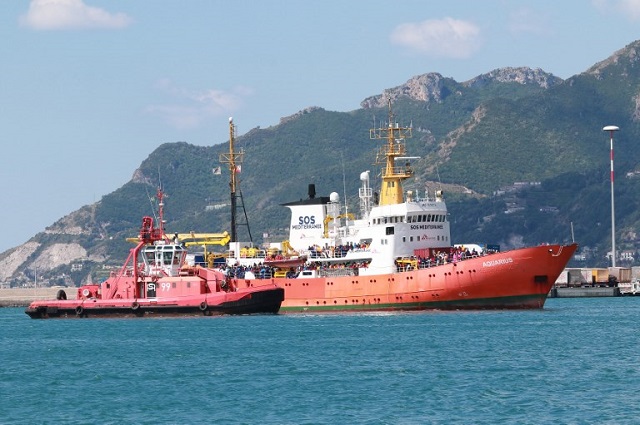 About 10,000 people were rescued off the coast of Libya over four days last week in major rescue operations, but the bodies of 50 people were also recovered after they drowning at sea or were crushed and suffocated at the bottom of rickety boats, the UNHCR said.

In separate incidents, the Libyan coastguard also recovered seven bodies near a deflated dinghy as nearly 80 survivors desperately clung on, while the Tunisian coastguard found the body of a woman on another boat with 126 passengers that had been drifting at sea for two days.

But many more migrants are still missing, according to witnesses.

Migrants rescued by Egyptian fishermen and taken to the southern Italian city of Crotone told UNHCR representatives that at least 82 of their fellow passengers went missing when their dinghy deflated after just a few hours at sea, the UN refugee agency said on Tuesday.

The International Organization for Migration (IOM) also said rescued migrants who arrived in the Sicilian city of Pozzallo on Monday told officials that dozens of people had gone missing in similar conditions.

Migrants also reported being attacked at sea by armed men who stole everything they had, including the boat's motor, while many were wounded by gun shots, the UNHCR said.

The new tally now brings the number of migrant deaths to 1,481 and missing to 1,720 since the start of the year, according to IOM and UNHCR figures.

At this stage last year, the two organizations had registered about 2,500 victims, including 1,000 by the last week in May.

Conflict-ravaged Libya has long been a stepping stone for migrants seeking a better life in Europe.It has  has urged Europe, and particularly Italy, to supply it with the equipment it needs to monitor its southern borders, through which migrants, mostly from sub-Saharan African, enter the country.