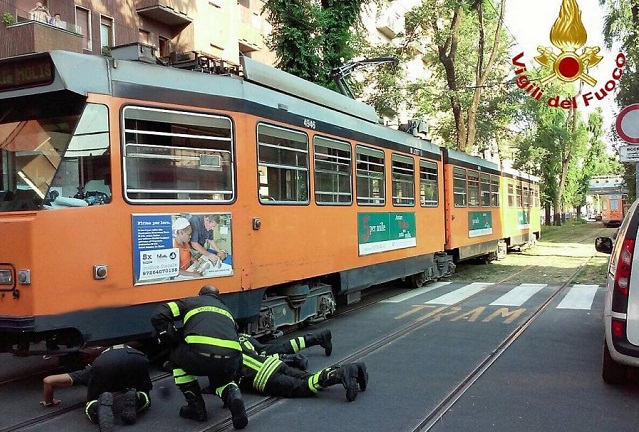 Firefighters at work at the scene of the tram collision. Photo: Vigili del Fuoco

Her foot got trapped under the tram while she was crossing a road shortly before 8am.

According to the city's transport authority ATM, the driver was travelling at a low speed and was able to stop after three or four metres.

The girl remained in hospital under medical observation on Tuesday, with the team of doctors expected to know in the next few days whether further surgery would be needed.

The 35-year-old tram driver was also taken to hospital, suffering from shock.

Police attended the scene in Milan on Tuesday, but there was no immediate suggestion that anyone was at fault for the accident.

There have been several serious incidents on Italy's tram lines in recent years.

In 2015, an Australian was left in a coma after being hit by a tram in the Lombard capital while crossing the road. And a severe collision between two trams in Sardinia left 70 people injured in January 2016, while eight were hurt after a head-on tram collision in Trieste later that same year.