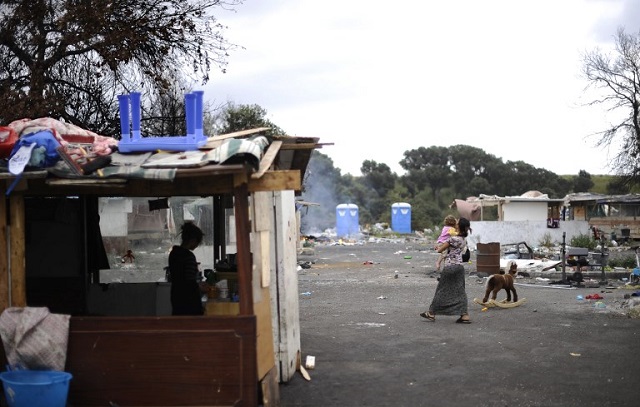 A Roma camp on the outskirts of Rome. Photo: Christophe Simon/AFP

She told reporters that city authorities would offer help finding housing and work to the thousands of Roma people who live in makeshift houses on the outskirts of Rome.

“We will start straight away with two camps, La Barbuta and La Monachina, which are home to over 700 people,” Raggi said.

“It's an unprecedented turning point, which allows us to return thousands of people and whole areas of our city to legality.”

In the Mafia Capitale trials which began in 2014, previous Rome administrations were accused of collaborating with criminal gangs who siphoned off money intended for the running of Roma and migrant camps, as well as funds destined for other projects such as waste management.

Thirty-seven Roma people were among those asked to testify at the trials, which were Italy's most significant anti-corruption operation since the 1990's 'Mani Pulite' investigation which saw half the country's lawmakers indicted.

When she ran to become mayor of the capital, Raggi said she planned to reduce the numbers of those staying in camps around the capital by surveying their assets and asking those with other property to leave the sites. The project will be financed “without taking any resources away from the citizens”, Raggi said, adding that the capital had secured €3.8 million in EU funding to dismantle the camps.

Raggi's comments came two days after police said two men were being investigated over the deaths of three sisters in an arson attack on one of the camps.

The victims, aged four, eight and 20, were sleeping with their parents and eight other siblings when their camper van went up in flames.

READ ALSO: The Local's 2014 report from the Roma slums in the capital

Although over half the 170,000 or so Roma and Sinti people in Italy are Italian citizens with regular jobs and houses, hate crimes against the poorest strata are rife. According to a 2015 Pew Research Centre survey, anti-Roma sentiment is significantly stronger in Italy than almost any other European country. The intolerance has been fuelled by inflammatory comments by politicians on both the left and right quick to paint Roma as crooks.

The leader of the far-right Northern League, Matteo Salvini, is one of the most vocal, having previously said Roma camps should be bulldozed, and earlier this year offering legal support to two supermarket employees after they locked two Roma women in a recycling container and shared video of the scene online.

And though the Catholic Church has been praised for attempts to reach out to the Roma and Sinti communities, some campaigners have accused the Pope of reinforcing stereotypes.

READ ALSO: Keep up with the latest goings-on in the Italian capital in our Rome section