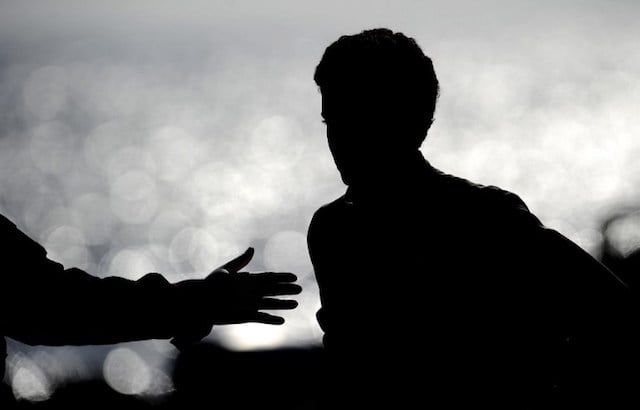 File photo: Filippo Monteforte/AFP
The “Scorpionfish” operation had been shadowing the group since January, targeting 15 Italian or Tunisian citizens sought by arrest warrants.
No details were released on those taken into custody, but police said in a statement they had seized car and speedboats in several Italian regions.
READ ALSO: Debunking myths about why people migrate across the Mediterranean
The investigation found that the group had made at least five trips, and at one point police managed to follow a boat ferrying 14 migrants and 100 kilogrammes (220 pounds) of contraband cigarettes.
With summer approaching they were preparing to increase the number of trips to two a week, using speedboats to cross from northeast Tunisia to the Trapani region in western Sicily in about four hours.
The migrants and cigarettes were brought to Sicilian beaches, where accomplices were waiting with dry clothes, according to police.
READ ALSO: 54 dead, some 10,000 migrants rescued between Libya and Italy in 4 days
The group was apparently willing to bring over people sought by Tunisian authorities for serious crimes or possible links with jihadists, but the police broke up the network before a trip carrying these suspects could be made.
Police are now trying to identify the people who were hoping to get to Europe, including one who told the traffickers he was worried the Italian authorities would stop him for “terrorism”, according to wiretapped conversations.
The Tunisian coast guard has struggled to keep up with smuggling gangs using high-performance vessels to ferry people across the Strait of Sicily.
The traffickers carried about 15 migrants paying 2,000 to 3,000 euros each and dozens of kilos of cigarettes, with each crossing generating around 40,000 euros ($45,000).