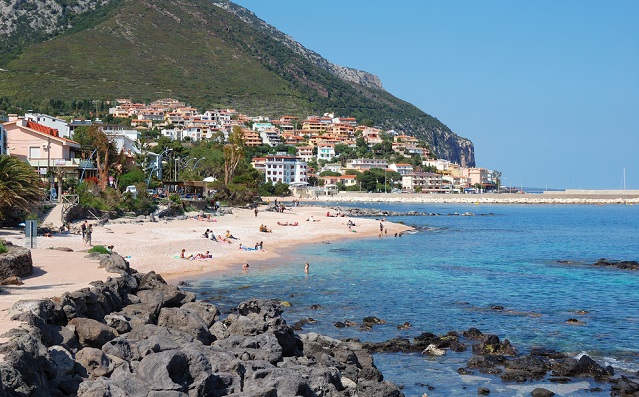 One of the beaches in Orosei, Sardinia. Photo: webpictureblog/Depositphotos

Five of the injured were taken to hospital after being hit by deckchairs and parasols thrown by the strong gusts, though none are thought to be in serious condition.

The remaining ten were treated by doctors at the scene, with most suffering from bruising, according to La Nuova Sardegna.

“The gust of wind lasted a matter of seconds, but it knocked over everything in its path on the beach,” local mayor Nino Canzano told the Ansa news agency. “The wind uprooted umbrellas and chairs; it's lucky that there are no serious injuries.” The incident took place at the Cala Ginepro beach near Orosei, marked on the map above, with the five taken to the hospital in nearby Nuoro.

More windy weather was forecast for Thursday in Sardinia, however the wind and seas were expected to be calmer than the previous two days and no specific weather warnings are in place.

READ ALSO: A cat-filled beach is one of Sardinia's top tourist attractions