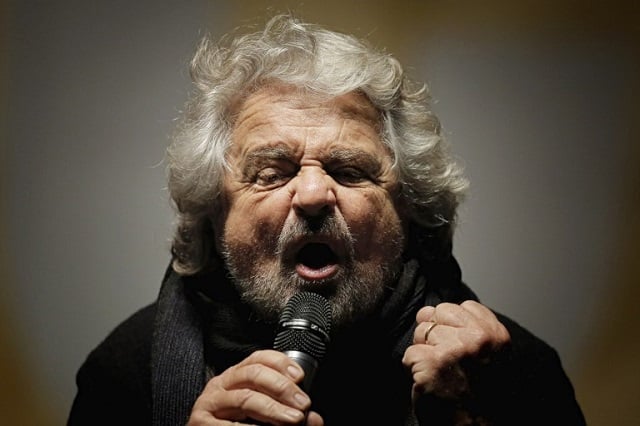 Votes were cast in 1,005 of the country's towns and smaller cities, including four regional capitals: L'Aquila, Catanzaro, Palermo, and Genoa.

The latter was a particularly closely-watched race, as it is the hometown of Five Star leader Beppe Grillo, who had been campaigning there in recent days – hoping to repeat the Movement's success in the 2016 local elections, where it took control of both Rome and Turin.

However, the party's candidate in Genoa only reached 18 percent of the vote, according to exit polls, with centre-right candidate Marco Bucci in the lead.

Other important races were held in Verona, Lecce, and Parma, where the city's ex-Five Star mayor will go head-to-head with the centre-left candidate in the second round, while the Movement's candidate received just over three percent of the vote. Most of the elections will go forward to a second round: in contests where no leader reaches an outright 50 percent majority, run-off elections will be held between the two most popular candidates on June 25th.

In Palermo, however, where the necessary majority is only 40 percent, centre-left candidate and anti-mafia magistrate Leoluca Orlando kept his job as mayor after receiving 46 percent of the vote – the only candidate to win outright in a major city.

Sunday's vote was the last time Italians will go to the polls before general elections expected early next year, and were seen as a key test for the main parties.

General elections must be held by spring 2018, though the four major parties have all expressed a desire for them to be brought forward to the autumn.

However, after talks on a deal on a new electoral law collapsed on Thursday, early elections are now seen as much less likely.

The initial results of Sunday's vote will be a boost for the ruling Democratic Party and for the centre-right Forza Italia, led by Silvio Berlusconi.

But the failure to advance to the second round in any of Italy's major cities will be a disappointment for Grillo's party, which has been shown as neck-and-neck with the Democratic Party in nationwide opinion polls.

Figures from the Democratic Party were quick to point this out, with the party's head of local authorities, Matteo Ricci, saying: “If the data are confirmed, this will be a resounding defeat for the Five Star Movement.”

“In parliament and at the municipal level, Five Star has demonstrated that they are stronger when it comes to winning votes than governing,” said the PD's Ettore Rosato.

“They do not make choices, they don't make decisions, or assume their responsibilities.”

After scooping around 25 percent of the vote in 2013's general election, the Movement went on to win major victories in local elections, with its candidates elected as mayors in Turin and Rome last year.

But it has been hit by problems from in-fighting to scandals, and Rome's administration has been accused of failing to tackle key local issues such as the city's rubbish crisis, a cornerstone of mayor Virginia Raggi's campaign.

Grillo denied that the results were a disappointment, saying the Movement's critics were “deluding themselves”.

“The Five Star Movement was the most present political force in this electoral round,” the former comedian wrote in a blog post titled Sucesses, Failures and Aims.

He said that the results were “a sign of slow but inexorable growth” of the Movement and “a slow death” of the PD.

Grillo hit out at the country's media, which labelled the results a “flop” for the Five Stars. “Delude yourselves so you can sleep more soundly; we continue to move forward on our path,” he said.