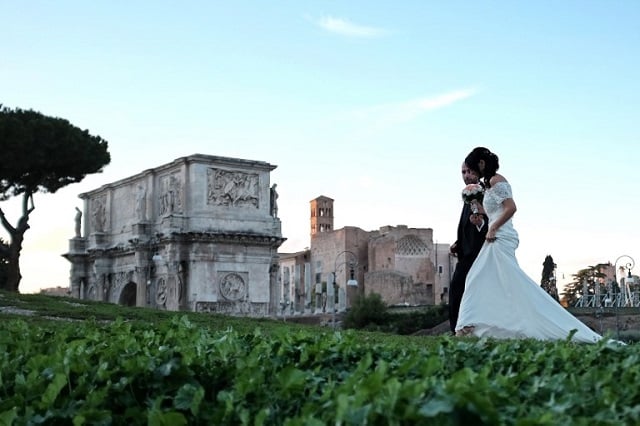 With the help of US aid, Italy rebuilt its infrastructure, evolved from a primarily agricultural economy to an industrial one, and became known for its innovative production techniques and impressive design.

This meant profound changes, not just for the Italian economy but also for the lives and feelings of ordinary Italians.

“Love and marriage were completely redefined in Italy after the war,” says Dr Niamh Cullen, a lecturer specializing in the history of modern Italy at the University of Southampton, who has studied personal documents from the era to piece together how everyday life was affected.

Cullen first became fascinated by the era after spending a year in Turin. The city, home of FIAT and the 'capital' of the industrial boom, was one of the centres of post-war mass migration, as young people left the countryside seeking work and a better life. This migration, together with the rise of mass culture and celebrity culture, was the catalyst for Italy's transformation.

“I wanted to uncover as much as possible how ordinary people lived through these changes; what they thought and how they felt about the world they were living in,” Cullen tells The Local.

Her research has focussed on the evolution of dating, love, and marriage, from the pre-war days when relationships were often decided by families through to a growing acceptance of ‘marriage for love’. An Italian street pictured in the 1960's. Photo: RomanNerud/Depositphotos

But while Cullen can trace a broad shift from traditional values to modern ones, her studies of hundreds of diaries and memoirs revealed that for the individuals involved, “matters were almost more complex and messy than this”.

For one thing, the change to a modern view of love was not linear.

“Modernization had already begun in the early 1900s,” explains Cullen. “But [Fascist dictator Benito] Mussolini tried to turn back the tide of these changes. Mussolini’s ideal woman – at least according to official propaganda! – was the traditional peasant woman, more interested in having lots of babies than in fashion and beauty.”

The regime passed laws aimed at curbing migration to the cities, as his regime glorified rural Italy and wanted to keep people – particularly women – in traditional peasant ways of life.

Fascist propaganda painted a negative picture of the ‘modern women’ who lived in the cities and followed trends, in an attempt to dissuade women from rejecting the traditional role of wife and mother. Though these efforts were unsuccessful in halting falling birth rates and migration to the cities, it wasn’t until several decades later that the change became drastic.

The outbreak of the Second World War meant couples and families were separated, often for many years. And the violence and upheaval of war seemed to press pause on the change which had seemed inevitable, with Italians desperate to return to ‘normality’ when peace was restored.

“There was a renewed emphasis on conservative morality and on traditional, domestic roles for women in the 1950s, and Italy this meant that the Catholic Church had a particularly strong hold on society in the 1950s,” says Cullen.

What's more, the stagnant economy and widespread unemployment of the 1950s meant that most young people were focussing on getting by rather than modernizing.

That all changed towards the end of the decade. As the Marshall Plan saw money poured into Italian industry, jobs opened up in the cities, especially in the North – and the youngsters followed in their droves.

This was a seismic shift in the Italian family model, and its traditionally strong ties began to loosen.

Generations had traditionally lived under the same roof, but now young people on the cusp of adulthood had unprecedented freedom. They could not only earn their own money and live independently, but also meet, date, and marry new people in big cities hundreds of miles away from the watchful eye of their parents – and the suitors their family may have picked out for them.

At the same time, rural ways of living were eclipsed by urbanization and the growth of mass culture, meaning that traditional ideas of gender roles and courtship gave way to more modern attitudes.

“Broadly speaking, young Italians were moving away from marriages arranged by their families and increasingly beginning to choose their marriage partners themselves,” says Cullen. “There was an increased emphasis on marriage for love, in Italy as everywhere in the post-war Western world.” But as the rules began to change, young people struggled to navigate the rapidly evolving dating scene.

Cullen has studied problem pages of popular women’s magazines, which discussed topics such as the new rules of courtship, the acceptability of socializing in mixed gender groups, and whether girls could approach a boy or should wait for a traditional formal ‘declaration of love’.

“Often the advice was contradictory; customs were changing so quickly that nobody was really sure how to act,” says Cullen.

“One girl wrote to [magazine] Grand Hotel in 1955, asking for help choosing between a goldsmith and a poor labourer, who she said she was in love with. The agony aunt told her to choose the labourer if she felt she would die without him, but marrying for love was clearly not such a clearcut decision for the letter-writer!

“This shows that while the idea of marriage for love was all very well in magazines and films, it was often not a very helpful notion for young women who were not expected to work and have an independent income. Not marrying was not considered an option either in rural Italy and in the advice columns there was a strong emphasis on finding a husband, any husband before it was too late,” Cullen explains.

She says that in the memoirs and diaries she has studied, men were generally much more romantic, “describing their love for their fiancées in strong, definite terms”. Women, meanwhile, who were very often financially dependent on their husbands, were more likely to have a more pragmatic view of the relationship, and often “emphasized doubts and anxieties”.

“Simply put, not everyone could afford to be romantic,” Cullen says. “Of course, with memoirs, these accounts are filtered through memory. But it's still possible to glean some sense of how emotions and attitudes were changing. I found it important to pay attention not just to what was said but what was not said; where do the gaps and silences lie?”

Arranged marriages and marriages for love weren’t always easy to tell apart, not only for historians, but potentially even for the young people involved at the time.

One account, which Cullen describes as the most moving she came across, had to be read between the lines. A Tuscan woman described meeting her husband at a dance, their courtship, and eventual decision to marry, in what seemed like a typical marriage for love.

“But she seemed somehow ambivalent about these events, and looking closer, it was clear that her family put her under pressure to marry,” the historian says. “As the youngest daughter in a large family, it was made clear that she was a burden.

“The wording she used to describe the wedding day was a little odd but made it clear that it was primarily her family who felt happiness (and relief) at seeing her married off. Her own feelings were less clear; it seemed she could not even admit them to herself. At the same time, it was clear that she loved her husband and they shared a long and happy life together.

“This memoir showed, to me, how love, marriage and happiness could be understood in very different ways depending on the world that a person is born into.” 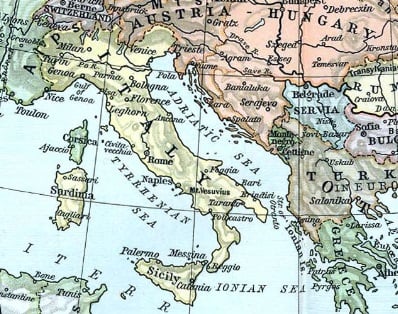