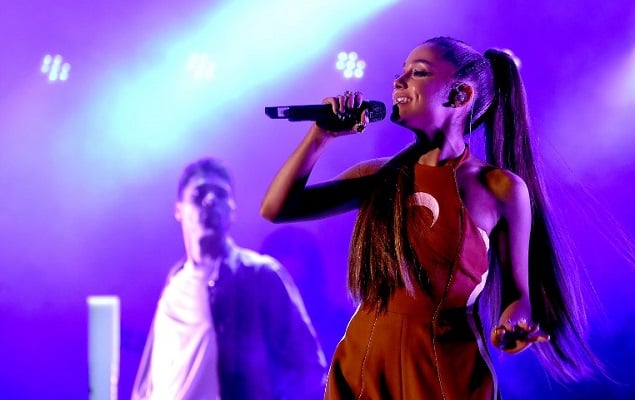 Grande – who has Italian ancestry – resumed her world tour in Paris last week after pausing it following a suicide attack outside her concert in Manchester.

The arena in the EUR complex of Rome was set to be protected with metal detectors and random inspections of those attending the sold-out show.

Guests were banned from bringing any kind of suitcase, backpack, or bag, with the exception of transparent bags, which women were allowed to carry, tour promoter Livenation said. Aerosol cans, alcoholic drinks, tripods, tablets, and even selfie sticks were also forbidden.

The same rules will apply to Grande's concert in Turin on Saturday, where security at public events has recently come under scrutiny.

Shortly after the attack in Manchester, more than 1,500 people were injured at an outdoor showing of a football game in Turin.

The cause of the panic in Turin is still unclear, though witnesses at the time said they thought a bomb had gone off, and Interior Minister Marco Minniti said there was “an emotional link to the Manchester attack”. The city's mayor is reviewing safety regulations for public events in the wake of the panic, which left three people critically injured.

The youngest, a seven-year-old boy, left hospital this week, and one woman in her 20's has come out of a coma. However, hospital sources told the Ansa news agency that the third critical patient, a 38-year-old woman, was unlikely to survive.

On May 22nd, a suicide bomber attacked a concert by Grande in Manchester, killing 22 people including seven children when he blew himself up.

Grande cancelled shows she was due to give in London, Belgium, Germany, Poland and Switzerland, and went to her Florida home, before returning to Manchester to headline an all-star benefit show for victims of the attack and then continuing her tour in France, Portugal, and Spain.

Security in the country, particularly in cities and crowded areas, has been repeatedly reviewed and updated in recent months after a series of deadly attacks in Europe.