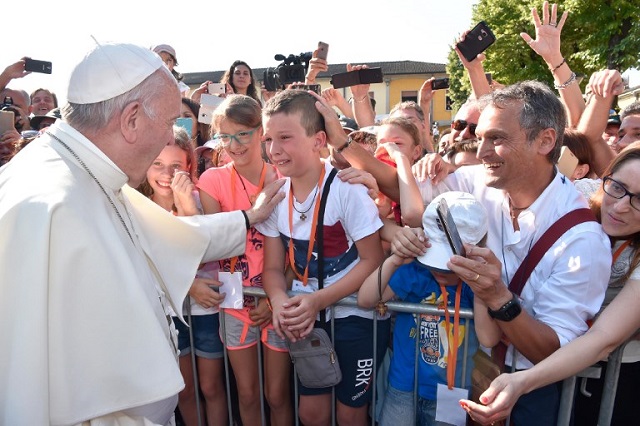 The pontiff began with an early visit to Bozzolo, a village in the country's north where Father Primo Mazzolari died in 1959.

“Father Mazzolari was convinced that the destinies of the world play out at the margins,” said Francis, who has often made efforts to reach the faithful who live on society's edge.

The pope also praised him as a “priest who was poor and not a poor priest, which is not the same thing.”

Mazzolari's preaching was marked by calls for social justice, positions that often earned the ire of his superiors, to the point that he was banned at one point from preaching outside his diocese.

Some of his books were also banned, but in 1959, three months before his death, he met with Pope John XXIII, who welcomed him as a priest inspired by the Holy Spirit.

Pope Francis travelled later on Tuesday to Barbiana, about an hour's drive northeast of Florence in central Italy, to visit the grave of Father Lorenzo Milani.

Shortly after arriving in the village in 1954, Milani opened a school for working-class children while advocating the use of innovative teaching methods.

Milani, who died in 1967, had “a spiritual concern… for schools, which he never stopped believing could be a field hospital for helping the wounded and reclaiming society's outsiders and outcasts,” Francis said in a video message published in April.