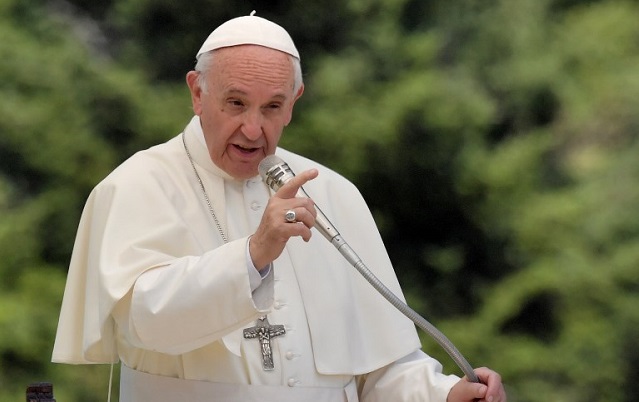 The red-hatted “Princes of the Church” had sent a first letter to the Argentine pontiff at the end of last year in which they questioned the head of the Roman Catholic Church over his teachings on the family.

The ringleader, American Raymond Burke, publicly warned Francis it may be necessary to make a highly rare “formal act of correction” if he did not answer the letter – a bold and almost unheard of challenge to the pope's authority.

On Tuesday Vatican watcher Sandro Magister published a second letter written by the four cardinals – Carlo Caffarra, Walter Brandmueller, Joachim Meisner and Burke – which called on Francis to meet them face to face.

They decided to make public the missive, which was dated April 25th, after it went unanswered, Magister said. It was published on the website of the Italian magazine L'Espresso.

The four insist the pope's overtures in favour of allowing some remarried divorced people to take communion have sown confusion throughout the Church. “What is a sin in Poland is correct in Germany, what is forbidden in the archdiocese of Philadelphia is lawful in Malta, and so on,” the letter said.

The conservative arm of the Church has been thrown into disarray by a debate over whether those who have divorced and remarried can receive Communion at mass. Critics say it would be contrary to teachings on the sanctity of marriage.

While Francis has made no direct reference to the issue, some bishops have interpreted his words in family guidelines published last year as meaning some remarried people can be given Communion.

Burke in particular has been the face of opposition to change since Francis was elected in March 2013.

He was moved out of key Vatican positions at the end of 2014 and into a more ceremonial post as patron to the Knights of Malta – but sidelined again in January after a row between the Vatican and the ancient order.