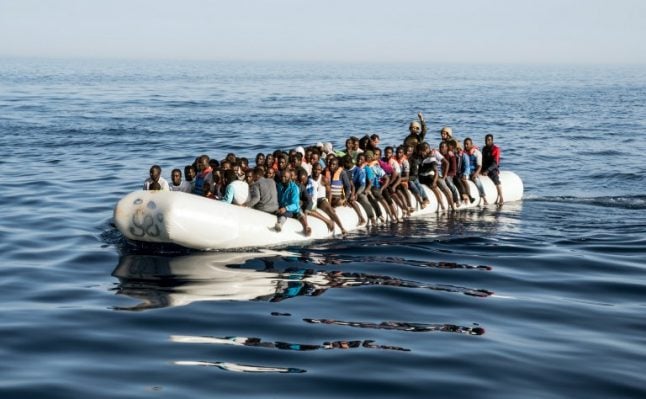 Brussels said it was ready to give Italy fresh financial support to deal with the crisis but said it had to give due warning of such a drastic step.

Rome issued the threat on Wednesday amid a swelling wave of people rescued from rickety boats on the central Mediterranean route from conflict-hit Libya.

“We support and we understand Italy's concern and we support their call for a change in the situation,” European Commission spokeswoman Natasha Bertaud told reporters.

“But what we're also saying is that any change in policy should first be discussed with other member states, and also properly communicated to the NGOs who are running these boats so that they have time to prepare.”

Several aid ships chartered by privately-funded organisations from France or Germany are taking part in efforts to rescue migrants from the Mediterranean.

Most of them disembark the migrants in Italy, and under EU rules the country where a migrant lands is responsible for dealing with their claim for asylum.

More than 10,000 people have been rescued from the sea off Libya since Sunday, while over 73,000 migrants have landed in Italy since January, up 14 percent on the same period in 2016.

An Italian source told AFP that “we can't go on like this.” The EU was ready to increase support to Italy “including additional substantial financial assistance” when the bloc's interior ministers meet next week, Bertaud said.

But the row plays into deeper divisions in the EU over sharing the burden of the migration crisis that has gripped the continent since 2015.

Countries such as Greece and Italy want more support, but some eastern European nations are refusing to take their share of migrants from frontline states under a controversial relocation scheme agreed by the EU two years ago.

Referring to Italy and Greece, President of the EU Commission Jean-Claude Juncker, according to Repubblica, today said the EU must work together “to help these two nations that are heroic.”

Spanish Prime-Minister Mariano Rajoy expressed solidarity with the “Italian government and people” and offered “any support necessary so that the situation doesn't become unsustainable.”

READ MORE: More than 8,000 migrants rescued in Mediterranean in 48 hours