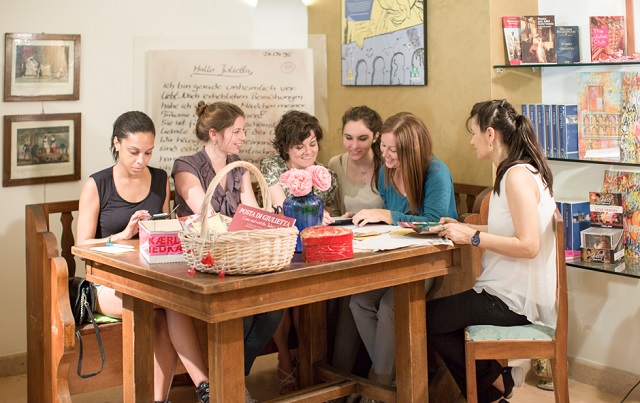 “People tell Juliet about their love lives but also about friendship, family, other problems. They often write ‘You are the only one who can understand how I feel’. Juliet never judges,” explains Elena, one of 15 senior secretaries who organize and reply to the letters from the lovelorn. A selection of letters to Juliet. Photo: Juliet Club

Shakespeare is not thought to have set foot in Verona, so his version of Romeo and Juliet must have been based on tales that reached him through decades of embellishment and hearsay.

There is historical evidence of feuding families by the names of Montecchi and Cappelletti; they even make an appearance in Dante’s Divine Comedy.

And the plot of the tragic love story – which itself hinges on a letter which goes astray – appears to have its roots in a 15th-century Italian story about a couple named Mariotto and Ganozza. Beyond that, the evidence to suggest Juliet Capulet existed is flimsy, but her legend is very much alive – helped along by a city keen to capitalize on it as a tourist attraction, of course.

But when speaking to The Local, Elena refers to Juliet as if she were a real person, and she’s certainly real enough to the thousands of people who write to her, by hand, every year, seeking advice and guidance.

“She receives letters from all continents, from people of all ages, although she does receive lots of letters from teenagers,” says Elena. “I have read thousands of letters, but there is always something new. They give you an intimate view of feelings, of love and get you in touch with people of all countries and ages.”

Letters first started arriving to Juliet in the 1930s, sent to a local monastery where her tomb is thought to lie. A groundskeeper took it upon himself to answer them, and so the tradition began. Now, there are 15 permanent secretaries to Juliet, including Elena, who are joined throughout the year by visitors to the city.


Letters arrive from all over the world. Photo: Juliet Club

The secretaries’ ages span from 20 to 60; some are married, some single, some divorced; and they all have full-time jobs ranging from translating, like Elena, to giving guided tours of the city or ballet dancing.

The city provides a stipend to keep the club going, but the secretaries are all volunteers. The Juliet Club is a labour of love.

“To be part of the Juliet Club, you have to be a sensitive, empathetic, open-hearted person and always bear in mind that you write on behalf of Juliet, who has become the universal symbol of romantic love because she was a strong, brave and passionate young girl,” explains Elena. In the office of the club, letters are organized by language, with the biggest box housing the anglophone love letters. Some are sent to the office directly, while others are stuffed into a red postbox at the Casa di Giulietta, a house where tourists queue to step out on ‘Juliet’s balcony’, and which bears a faded emblem of the Cappello household on its outside.

READ ALSO: Juliet statue's breast disfigured from too much touching

“On a yearly basis we receive nearly 10,000 letters and emails. Some letters are just addressed: Juliet, Verona, Italy!” says Elena. “We try to reply to all of those that have a return address – some don't.”

Simply keeping track of the paperwork takes time: the club keeps copies of all the letters in its archives before sorting them by language, writing replies, and typing address labels to ensure they reach the recipient.

The most common theme in the letters, Elena says, is “sadness after an ended love story.”

But she adds that there's no such thing as a typical letter to Juliet, with some writers choosing to tell her about their happiness, or to ask for help or guidance in searching for a soulmate. Others write back to thank Juliet for her sage advice, or to update her on their romantic situation after some time.

In the age of Tinder and magazine problem pages, it might seem surprising that so many resort to writing by hand to a fictional character in order to find a listening ear. To Elena, it makes sense.

“People often look for love advice but what they need most is someone who listens to them, like a friend. You don’t expect friends to solve your problems and tell you exactly what to do, you just need them to be there for you when you need help and support.” Elena stresses that none of the Secretaries are professional or trained counsellors, “and in fact people don't look for that”. She thinks the project has a more simple value in showing those who write to Juliet that someone cares.

“Last year several thousand people received a hand-written letter from us and I think that this made them all very happy,” she said. 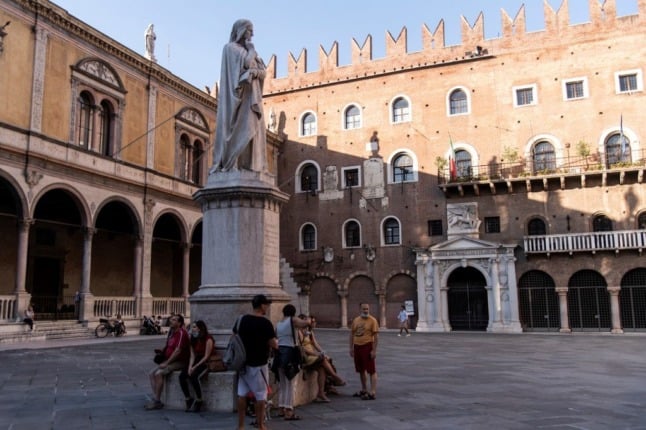