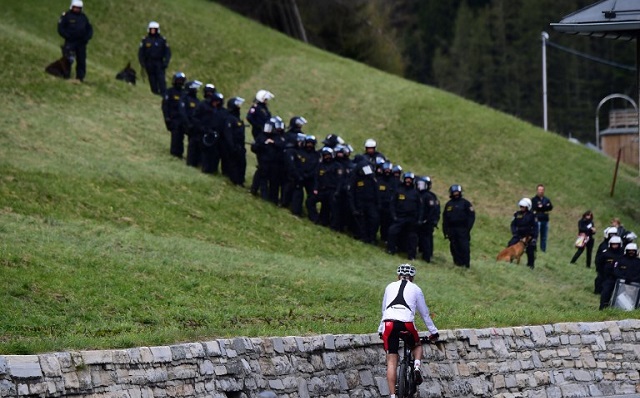 “I expect that very soon border controls will be activated and that a assistance deployment (by the military) will be requested,” Hans Peter Doskozil told the online edition of the Krone daily.

He was cited as saying that this move was “indispensible if the inflow into Italy does not ease”. The paper said that 750 soldiers were available and that four armoured vehicles had already been sent to the area over the weekend.

Austria introduced checks on its eastern border with Hungary in 2015 and has readied physical measures such as barriers on its Italian border in the south-west, including at the famous Brenner Pass.

Nearly 85,000 migrants and refugees have arrived in Italy by sea this year, the UN refugee agency said earlier Monday. More than 2,000 others have died or gone missing on the perilous crossing.

“This is not sustainable. We need to have other countries joining Italy and sharing that responsibility,” Vincent Cochetel, the UNHCR'S special envoy for the central Mediterranean, told reporters in Geneva.

The comments from the centre-left Doskozil come ahead of early elections in Austria in October when the anti-immigration far-right is forecast to do well and potentially emerge as the biggest party.

READ ALSO: 'Give more help to child migrants', Save the Children tells Italy