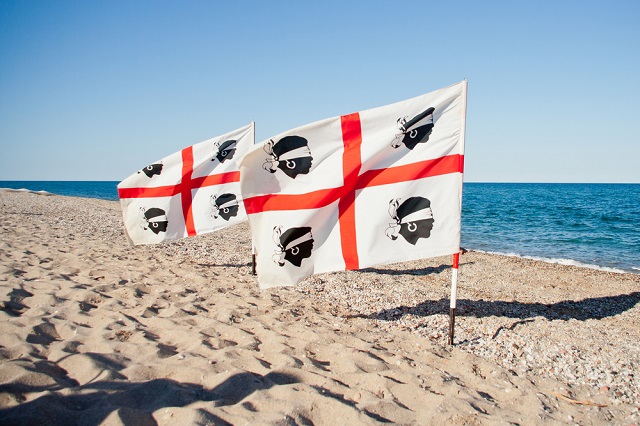 File photo of the Sardinian flag on a beach. Photo: mgphotographer.it/Depositphotos

Meloni, who once attempted to create a 'micro-nation' on an island off Sardinia, had been in jail since late April when he was arrested for tax offences.

The local director of Catholic charity Caritas had said in late June that the charity was “following [Meloni's] situation with concern” as the 74-year-old's condition worsened.

A Cagliari court refused his request to serve his sentence under house arrest on medical grounds and according to the Unione Sarda, he was in a coma for two days before his death.

A picture of Meloni, shared by Tgr Sardinia.

Meloni was one of the best known Sardinian independence activists. A former truck driver, in 2008 he declared the island Mal di Ventre – the name of which literally translates as 'stomach ache' – an independent state as part of his efforts to claim independence for Sardinia.

He named the island the Republic of Maluentu, the island's name in the local dialect, declaring himself its president and setting up an 'official residence' consisting of a blue plastic tent.

Mal di Ventre was owned at the time by a British entrepreneur and in 2012, Meloni was one of six people convicted of illegally seizing land and causing environmental damage.

He had previously served nine years in prison for political conspiracy over an alleged plot to secure the island's independence in collaboration with Gaddafi's Libya in the 1980's.

The video below shows Meloni speaking from Malu Entu; the Sardinian flag of the Four Moors can be seen in the background.

READ ALSO: Why Italy might not exist in five years