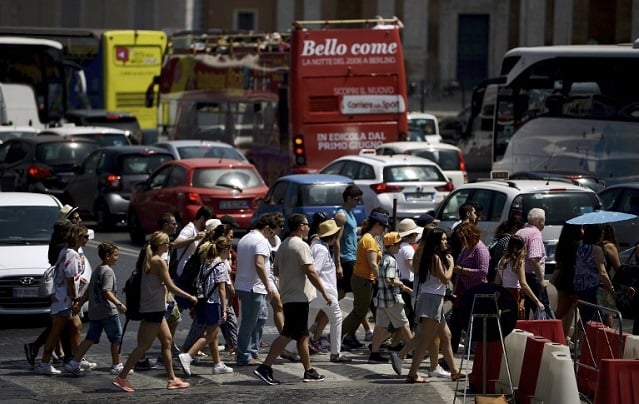 The strikes have been called by several unions, including one 24-hour strike and several lasting four hours.

Exact timings vary from city to city. Where the 24-hour strike is taking place, services will still be guaranteed before 8:30am and between 5pm and 8pm, meaning commuters should still be able to make their way to and from work – though journey times may be longer than usual.

Bus and metro lines in Naples will be affected between 9am and 1pm, while buses and coaches in Bologna and Ferrara will be out of service between 11am and 3pm. And rail service on local lines in Emilia Romagna is not guaranteed between 2pm and 8pm.

In Milan and Turin, the disturbance won't be felt until the evening, with public transport workers set to strike between 6pm and 10pm.

But in Milan and Lombardy, Ferrovienord trains will join the industrial action between 9am and 1pm, affecting connections to Milan Malpensa airport as well as regional and suburban train lines.

The USB union said the strike had been called to “defend the right to strike in essential public services” and as a protest against “against the privatization policy and the rules for reorganization of local public services”.