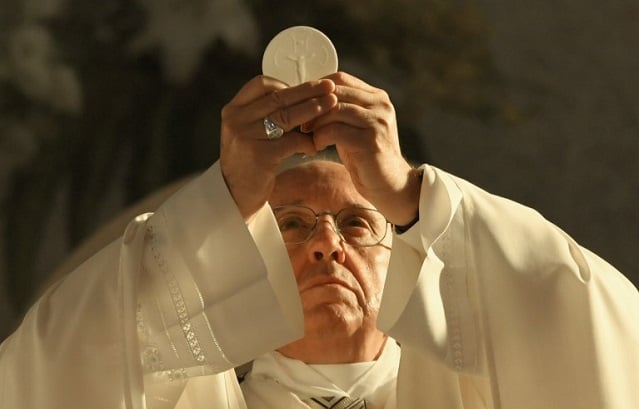 Pope Francis leading a mass in May. Photo: Andreas Solaro/AFP

Beatification is the first step on the path toward sainthood and has in the past been reserved for three categories of people: martyrs, those who have lived a life of heroic values and others with a clear saintly reputation.

“The heroic offering of life, suggested and sustained by charity, expresses a true, full and exemplary imitation of Christ,” read an an Apostolic Letter from Francis.

Candidates for beatification under the new pathway could include Christians who tended to sick people with the plague and later died because of the disease, said the the Osservatore Romano, the Vatican's official journal.

It could also apply to Chiara Corbella, the I-Media agency said. Corbella was a 28-year-old Italian woman who refused treatment for carcinoma, a type of skin cancer, while pregnant because it would have risked the life of her unborn child.

She died in 2012, nearly a year after giving birth when the cancer had become terminal and treatment was ineffective.

Such Christians, Francis' letter said, are “worthy of that admiration which the community of the faithful has usually reserved for those who have voluntarily accepted the martyrdom of blood or have exercised the Christian virtues to a heroic degree.”

To be beatified, the “free and voluntary offering of life” must be defined by “the heroic acceptance out of charity of certain death in a short term,” it noted.

The letter also said that possible candidates must have practised Christian values in their life before their selfless act and have a holy reputation.

They must also be credited with a miracle after their death.

Christians who are sainted through martyrdom are the only ones exempt from being involved in a miracle.