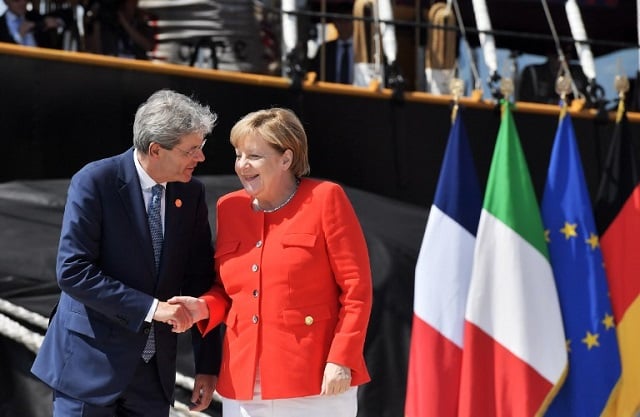 The summit will be preceded this year by a meeting of French President Emmanuel Macron, German Chancellor Angela Merkel and Italian Prime Minister Paolo Gentiloni, with the continued flow of migrants into the EU expected to be high on the agenda.

EU representatives will then meet the leaders of Albania, Bosnia, Kosovo, Macedonia, Montenegro and Serbia – several of the countries wracked by inter-ethnic war in the 1990s but which are all now aiming for EU membership.

“We are convinced that the Western Balkans can help make Europe more secure,” Italian foreign affairs minister Angelino Alfano said on Tuesday, adding that their contribution “goes beyond the 20 million people who will enter” the EU.

He said EU leaders had no intention of leaving a strategic border region “open to the influence of participants who do not necessarily share our goals.”

This year, Britain has joined the six EU countries who usually attend the summit – France, Germany, Italy, Austria, Croatia and Slovenia – ahead of its hosting of the summit next year, despite its plans to exit the European Union in 2019.

“This is a firm demonstration of our support for much-needed reform to improve the region's security, boost the economy, and to combat challenges such as illegal drugs and human trafficking, which pose a threat to all of us whether in the Western Balkans or the UK,” British foreign minister Boris Johnson said in a statement.

“The UK is unfailingly committed to working together with our friends and allies to make the Western Balkans a beacon of democracy and economic growth.”

Several aid projects worth 200 million euros ($230 million) overall are expected to be agreed on Wednesday in the transport and energy sectors.

The summit, the fourth of its kind, is part of the so-called Berlin Process launched in 2014 to encourage development in the Western Balkans.