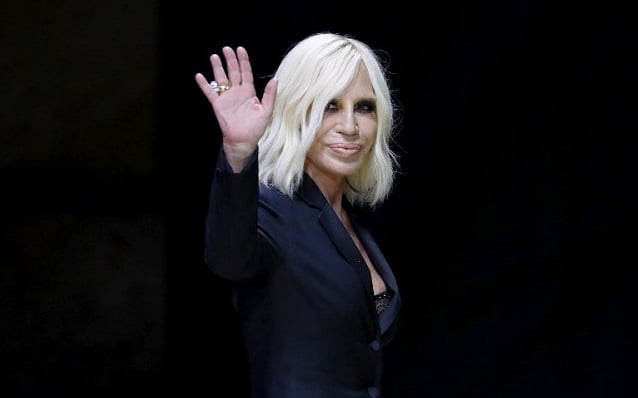 He had gone out for the morning papers: as Versace returned to his Miami beach mansion on July 15th, 1997, he was shot dead by Andrew Cunanan, a homosexual prostitute known for his obsession with all things luxury.

The fashion world mourned deeply. The stylist to celebrities from Madonna to Elton John had been just 50 years old.

“He was a 360-degrees creator, a real artist, he had a pure creative vision on colours and materials,” Stefania Saviolo, director of the luxury and fashion centre at Bocconi University, told AFP In Milan.

The group he had created with his brother Santo in 1978 had been one of the hottest fashion brands in the world.

It fell to Versace's platinum blonde sister Donatella – to whom Gianni had entrusted the casual line Versus – to take over as artistic director.

But the brand struggled to recover from Versace's murder. Donatella, who had worked for 14 years alongside Gianni, was severely affected by the loss of her brother and confessed to feeling “vulnerable”.

“You can't invent yourself as an artistic director overnight,” says Saviolo, particularly as Donatella took over “at a time when fashion was changing a lot, with many collections and great pressure on artistic directors”.

Donatella, instantly recognizable for her famous locks and perpetual tan, sank into a period of depression and cocaine use before detoxifying in 2005. The year before, the brand had acquired a new CEO in Giancarlo Di Risio.

The former Fendi boss refocused the Medusa on the luxury market, streamlining licensing and franchising deals and developing the accessories range.

Amid rumours in the press of a fall-out between the family and Di Risio over planned cuts, he was replaced in 2009 by Gian Giacomo Ferraris, who moved over from the Jil Sander fashion house.

Ferraris wasted no time in launching an extensive reorganisation plan to return Versace to profitability, cutting 25 percent of its workforce and closing some boutiques before opening new ones as the books improved.

His intervention “doubled the turnover, which rose from 268 million euros in 2009 to 645 million in 2015,” according to David Pambianco, who heads up a consultancy company in his name.

By 2011 the historic brand had returned to profit after a gruelling three years of losses.

“The right balance was struck between Ferraris and Donatella, the dialogue between them was good and there was great respect for Donatella's creativity and vision,” Saviolo said.

The family, which had always refused to relinquish control to a luxury conglomerate like so many of its fellow Italian fashion houses, finally yielded a 20 percent stake in 2014 to the US private equity firm Blackstone.

The move, which Donatella said would allow Versace to “achieve its potential”, resulted in a cash injection into the luxury designer and boosted its presence in emerging markets.

The bet paid off: despite a difficult global context, sales increased by some 17 percent in 2014 and in 2015.

The house said it was time to “move onto the next phase” and Ferraris was replaced in May 2016 by Jonathan Akeroyd, former CEO of Alexander McQueen.

Results last year were mixed, with sales up 3.7 percent to 668 million euros but the company admitting a loss of 7.4 million euros due in particular to funds sunk into its network of boutiques.

These results “have caused some uncertainty”, but “the company is healthy, certainly more than ten years ago,” said Pambianco.

“Versace remains one of the most beautiful brands in the world in the luxury sector” and has “still so much potential to express”, he said, pointing out that luxury house Gucci for example “has a turnover that is seven times higher”.

READ ALSO: An end to fashion elitism? Not in Milan…