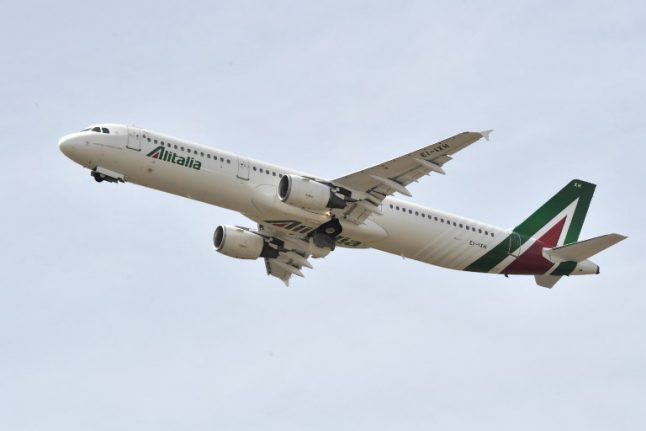 “Italy gets worse every time you look at it and offers less and less to young people,” says Antonio Davide D'Elia, just one of thousands of young Italians who have decided to try their luck abroad.

With the country struggling to kick an economic slump, some 40,000 Italians between 18 and 34 years old set out to seek greener pastures elsewhere in 2015, according to the Migrantes Foundation.

“Just talking with people (in Italy) it's clear going away might be the only solution,” said D'Elia, 26, who has spent the last five years in London, where he currently works as a barman, and intends to stay for now despite high living costs.

“I was born in Italy, where I'd like to start a family and grow old. I'd like to go back but only when 'mother Italy' starts taking care of her children again,” he told AFP, saying the situation over the last few decades has degenerated.

According to Raffaella Cagliano, a professor at the School of Commerce at Milan's Polytechnic, some young Italians leave because “an experience abroad… is seen as an important added value for their careers”.

They want to “experience something different, open their horizons to the world,” she said.

The phenomenon is global, and with around 15 percent of Italian university graduates seek work abroad it is not experiencing a notably bigger “brain drain” than in elsewhere, she said.

But most of Italy's youths are unwilling to return — and the country is seen as offering little to attract foreign graduates.

“This is clearly linked to the lower job opportunities, the weaker pay” on offer here, Cagliano said. Growth in the country has been sluggish at best since 2014, following two years of recession. GDP is forecast to inch up just 1.3 percent this year.

The jobless rate hovers at over 11 percent, well above the euro area average of 9.3 percent. Among 15 to 24-year olds it leaps to 37 percent, compared with a European average of 18.7 percent.

But difficulties in finding work is not the only reason pushing young people to leave. “They also complain about the lack of meritocracy” and the time it takes to climb the career ladder, Cagliano said.

Valentina Bressan, 42, who works in the opera world of stage design and costumes, said she had opportunities in France “that I would never have had in Italy”.

“If you don't have the right qualifications, even if you have the experience, you won't get hired,” she said.

Bressan, who in 2010 became the first female technical director of the Choregies d'Orange summer opera festival in France, said that in Italy getting work was all about who you knew.

“In Italy it feels like if you are not from a certain family, or do not have links with certain people, you can't get anywhere. It is very unfair, competence is not rewarded, and that leaves little hope” of making it, she
said.

D'Elia agrees, saying that London offered a sort of American Dream: “Even if you are no-one, you can become someone. Unlike in Italy, you can not only have a career but also progress quickly”.

Sergio Mello, who set up a start-up in Hong Kong before moving to San Francisco, said Italy “does not offer a fertile environment to develop a competitive business”.

The government is endeavouring to encourage its graduates to return, notably with a new 50 percent income tax break that can be enjoyed for up to five years.

But Mello says there are other problems: “The bureaucracy wastes a lot of time”, the red tape “drives you crazy”, and the system favours “thieves” to the detriment of “those who pay their taxes”.

Tax fraud and a feeble state foment “disgust and a distrust of the future,” said Bressan, while Mello described the situation as “a farce” and declared all hope for change to be “dead”.