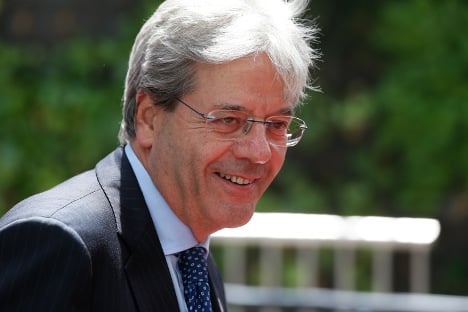 Italian GDP is forecast to increase by 1.3 percent this year, the IMF said – 0.5 of a percentage point more than it predicted in April.

For 2018 the economy is forecast to grow by one percent, 0.2 of a percentage point more than the earlier prediction.

The news was a boost for the government as it prepares for general elections, which are expected to be held in early 2018.

The IMF also gave a better outlook for the rest of the eurozone, with forecasts for Germany (1.8 percent), France (1.5 percent) and Spain (1.3 percent) being upgraded.

Italy’s rate of economic growth has been sluggish since 2014, following two years of recession, while the jobless rate hovers at over 11 percent, well above the eurozone average of 9.3 percent. Youth unemployment is at around 37 percent, prompting thousands to flee each year in search of better prospects.