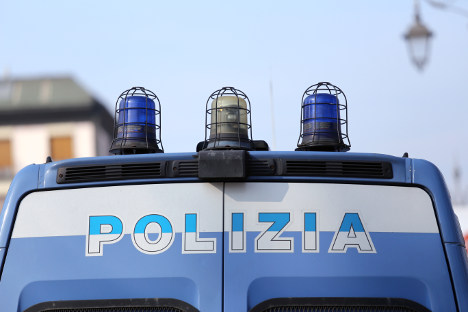 Giuseppe Mastini, 57, jailed for life in 1989 after a criminal career of murder, kidnapping and robbery lasting almost 15 years, escaped while on day release.

He had already escaped from prison twice in the past and absconded during a previous day release, La Repubblica daily reported.

“'Johnny the Gypsy' was betrayed by love,” said a police statement.

When they caught him, in Tuscany, central Italy, in the province of Sienna, he was with his companion Giovanna Truzzi.

Truzzi had herself slipped away from house arrest to join him.

Nicknamed “Johnny the Gypsy” because he was born into an itinerant family, Mastini killed his first victim in 1975 when a robbery went wrong. He was 15 years old at the time.

He would later be accused of having played a role in the murder of celebrated Italian poet and filmmaker Pier Paolo Pasolini. Mastini has always denied any involvement.

The teenager was taken to a lock-up for juveniles but absconded in 1976 after attacking a guard.

He was caught and taken to another prison, from where he escaped again in 1981, before being captured once more in 1983.

In 1986 Mastini was given a day release for good behaviour and went on an armed robbery spree which ended in the kidnap of a girl and the murder of twomen, one of whom was a policeman.