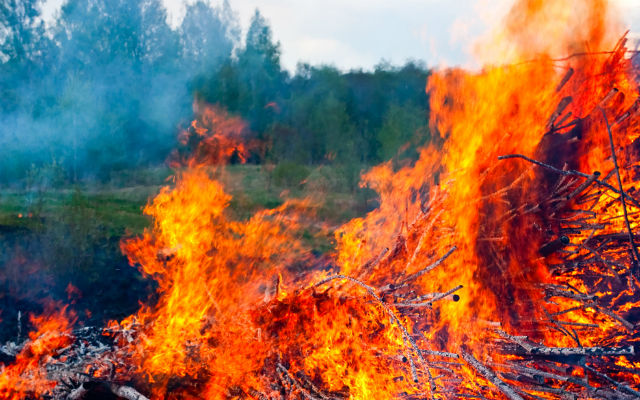 Police in Ragusa have charged a group of 15 volunteer firemen with defrauding the state. Members of the group allegedly started fires so that they could then put them out and receive the €10 per hour reward paid to volunteer members of the fire department.

The volunteer firemen from Santa Croce Camerina, a suburb of Ragusa – southeast Sicily – would regularly call the 115 emergency hotline to report fake fires – until the volunteer unit was denounced by the local official fire department.

According to Italian media reports, the leader of the gang drove around starting fires in his van, before tracing his own steps in a fire engine to extinguish the fires he'd started. Repubblica named the head of the gang as Davide di Vita, 42. Di Vita has been arrested while the other 14 accomplices have all been charged.

The head of the gang has been placed under house arrest. Authorities had intercepted communications in which the fake firemen confessed “they know we started the fires.”

The 15 men, all residents of the Ragusa region – most employed in other work – are accused of starting fires in the area between 2013 and 2015, according to Il Sole 24 Ore.

The firemen even asked family and friends to report fake fires. Using GPS, the volunteers would then ensure they were the closest unit to the fire so that they could respond first and collect the rewards for putting out the flames. The official fire department reported the unit after it noticed a disproportionate rate of fires in the region.

Meanwhile, 47 fires erupted in woodlands across Sicily on August 6th. Most were concentrated in the dry, central region between Enna and Palermo. In the town of Canicatti, near Agrigento, flames reached the centre of town – according to Repubblica. Toxic materials are still burning, despite the ongoing efforts of nearby fire departments, according to the same daily.