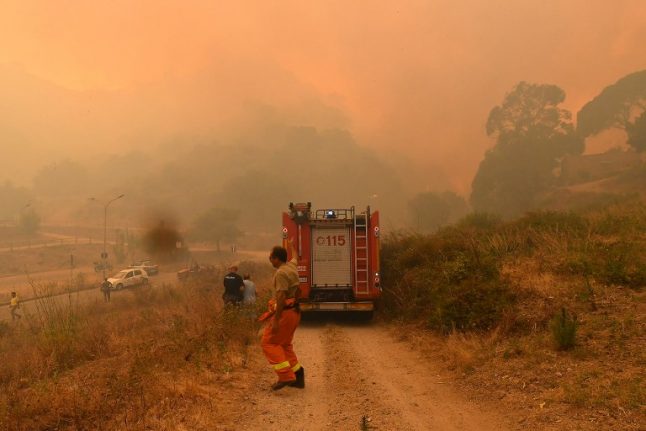 Flames have resurfaced in the coastal nature reserve of Castel Fusano outside Rome, two weeks after fires tore through large swathes of the park, known as Rome's green heart. According to sources cited in Corriere della Sera, the flames ares till burning on Mt. Monna near Rome.

Police believe the latest fire, as well as the July 17 flames, were caused by a gang of arsonists who were trying to intimidate prostitutes who work in the area.

Rome's Mayor, Virginia Raggi, had called in the army to tackle what she described as an “environmental disaster” on July 17.

Now investigators are sure the fires were started by criminal arsonists. Several days ago, according to Repubblica, Claudio Marson, a 63-year-old former RAI TV director, was found with a flyer in one hand and a lighter in the other amidst Castel Fusano's pines.

Police allege Marson was part of a racket that extorted money from local prostitutes. Corriere delle Sera says Marson 'rented' beds to sex workers and their clients in the reserve. The recent fires were meant as a warning signal to transvestite sex workers and others who refused to pay 'il pizzo'; protection money.

When forestry police intercepted Marson's car near the reserve and asked the former director why he was constantly ferrying transvestites and sex workers, Marson claimed: “I do it because in my directorship I am deepening the theme of gender diversity and the stories of transsexuals from this point of view are very interesting.”

Ali Kakel, a 37-year-old of Iraqi origin, and Fabrizio Grimaldi, a 22-year-old Italian were arrested in July, suspected of being part of the extortion racket in Castel Fusano. Kakel was found trying to set fire to a home-made device in the reserve on July 26, according to La Stampa.

Romano Mancini, an Italian suspect, was also arrested in late July. Mancini is accused of having killed a Nigerian sex worker in the reserve in 2007. He is also accused of having shot a transvestite in the face in the same place in 1999, according to Il Giornale.