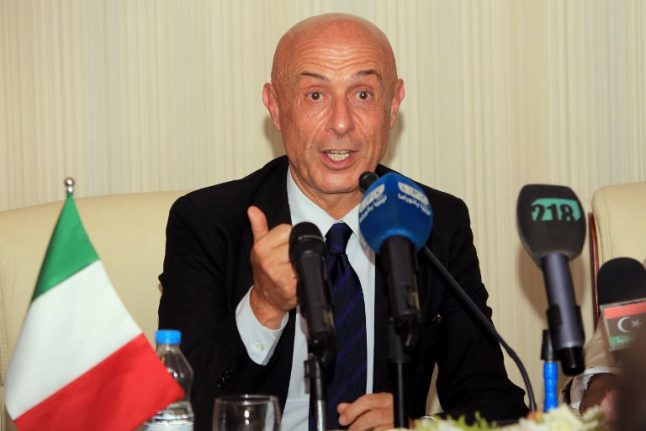 Italy's interior minister, Marco Minniti, visiting Puglia day after four men were shot on a highway by an unknown assassin, promised 192 extra officers would be assigned to the Puglia region.

“The state's response to these killings of innocent people will be very severe,” said Minniti, quoted in Repubblica, “because the fight against mafias is a great civilian struggle,” he added.

Minniti said extra units of special investigators from Italy's top security agencies would also be relocated to Foggia. A day of commemoration for all mafia victims is also planned next year.

La Stampa says Sacra Corona Unita, the name of the Pugliese branch of the mafia, is a more recent development than its larger regional neighbours; the Camorra in Naples, Cosa Nostra in Siciliy and the 'Ndrangheta in Sardinia.

Clans of Santa Corona Unitá were formed in prison in the 1970s and 1980s. More than 20 people have been killed since 2015, according to La Stampa, in what the Italian daily identifies as the 8th mafia war in this region. Corriere della Sera puts the number of deaths at 29; 12 in the last three months.

According to Italy's chief anti-mafia prosecutor Franco Roberti – talking to Radio Rai – there have been 300 mafia-related murders in Puglia in the last 30 years. More than 80 per cent of these have gone unpunished.

The Romito and Li Bergolis clans, which are at the centre of the conflict, were allies for years until one turned state witness on the other, according to Il Messaggero.

Four people were killed in the latest killings on Wednesday. The killers used hunting rifles and kalashnikovs and torched their escape car, according to investigators cited in Repubblica.

Mario Luciano Romito, the crime boss killed in the attack and the main target, had been released from prison on August 3. Had it not been for an early parole, he would have still been behind bars. Two innocent bystanders and Romito's driver and brother-in-law were also killed in the ambush by gunmen on Wednesday.

The area's outspoken mayor Michele Merla, talking in an interview with Repubblica, said the local crime clans have developed beyond the state's capacity to reel them in.

“Only those who don't want to can't see what's going on,” said Merla in the interview. “The mafia has upped their game and we feel abandoned. We don't even have a police commissioner.”