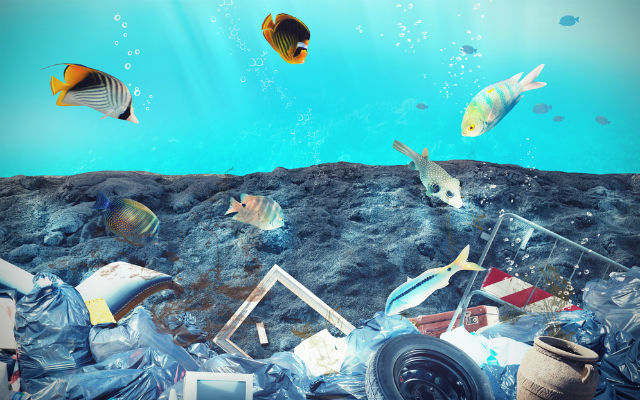 Legambiente's Goletta Verde (Green Boat) research boat just returned from a 7,412-kilometre journey along Italy's coastline. The ship has been sailing Italy's coast for the last 30 years to assess the condition of the coastline and  “report abuse and illegality” and cases of pollution against the environment, according to Legambiente' website.

The boat found that 105 samples of water out of a total 260 tested, approximately 40 percent, “contained polluted results with bacterial charges above legal limits,” according to the Legambiente's final report.

The report highlighted 38 “critical points”, with the regions of Lazio, Campania, Calabria and Sicily populating most of the black list.  Thirty percent of all recorded cases of pollution in 2016 were in Campania or Sicily alone.

This year the Green Boat research focused on marine refuse, or “waste at sea, a planetary emergency that is taking worrying proportions in the Mediterranean,” says the report.

According to an earlier report this year titled Mare Monstrum, also by Legambiente – an Italian not-for-profit environmental watchdog and research body founded in the 1980s – the main causes of pollution are poor purification and pollution discharges, followed by illegal fishing, cement pollution and waste from boats.

The same report says the number of prosecutions against individuals for acts of pollution against the sea halved in 2017 when compared with 2016.

More than €465 million was however generated by the state in fines and sequestered goods, an increase of 122 percent compared with 2016.

Legambiente analysed combined data from all the coast guards, security forces and port duties from across the country.

It found that more than 15,000 cases were started against individuals or companies and more than 18,000 people were reported or arrested in 2016.

The Legambiente report author hopes however that Law 68/2015, which made acts against the environment a criminal offence, will lead to a larger number of prosecutions in the future.

Data presented by Legambiente does show a gradual reduction since 1999 in the number of cases of pollution.