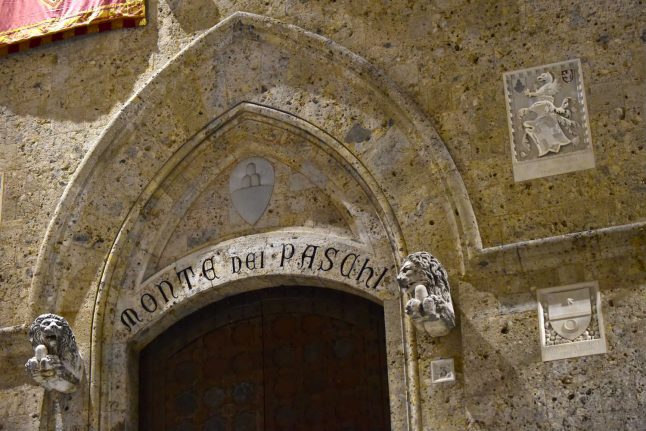 The bank's chief Marco Morelli had warned in July that he anticipated losses due to write downs on bad loans.

Founded in Siena in 1472, BMPS has been in deep trouble since the eurozone debt crisis and will now be owned by the Italian state, which has ended up with a 70 percent stake.

The EU last month gave the go ahead for a 5.4-billion-euro bailout as the world's oldest bank axed a fifth of its workforce.

In exchange for the lifeline, Italy must accept a drastic EU-approved restructuring plan for BMPS.

Italy's fourth-biggest bank, it is disposing of a total 28.6 billion euros' worth of loans in or near default.

Upon completion of the restructuring plan, BMPS's core capital ratio is expected to rise to 14.7 percent from 8.2 percent in 2016.

In addition to the bailout, authorities have also forced the bank's private lenders to become shareholders.

BMPS this month completed a recapitalisation of 8.3 billion euros – more than 4.4 billion of which came from state-guaranteed bond issues.

Turnover in the first quarter of 2017 was down 21 percent compared to the same period in 2016, the bank also said Friday.