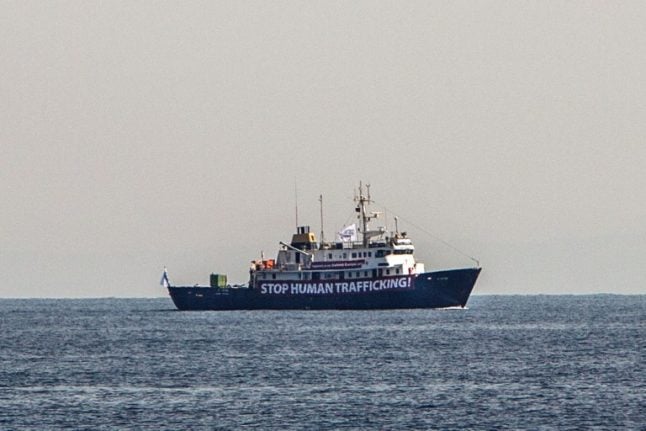 The multinational network of far-right activists said the chartering of the boat, the C-Star, had been an unqualified success, despite the boat spending less than a week patrolling the area off Libya where hundreds of thousands of migrants have been rescued in recent years.

Its crew never got the chance to act on their threats to take any distressed migrant boats they came upon back to Libya — an intention humanitarian organisations had slammed as callous and, if acted upon, criminal.

Defend Europe said its main success had been in highlighting how NGOs involved in rescuing migrants allegedly encourage and facilitate illegal immigration into Europe.

“Only two months ago, many NGO ships were cruising near Libyan coasts like taxis waiting for their customers,” it said in a statement. “Right now … there's only one left.”

NGO boats operating off Libya have scaled back their operations following moves by the Libyan and Italian authorities to restrict their activities and in response to a fall in the number of migrant boats leaving Libya.

The C-Star's brief presence in the area was regarded as no more than a minor irritant and occasionally a source of amusement.

The boat was held up for a week in the Suez Canal by Egyptian authorities then delayed further in Cyprus, where some of the Sri Lankan crew got off and claimed refugee status, embarrassingly adding to the list of asylum-seekers the mission was supposed to help cut.

Plans to refuel in Greece, Sicily and Tunisia were scuppered by local opposition and, at one point last week, it briefly looked as if one of the NGO boats would have to come to the aid of the C-Star as it encountered technical problems.