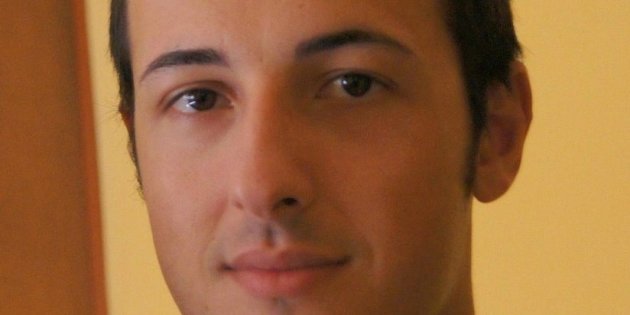 Father of two Bruno Gulotta was killed in the attack. Photo: Tom's Hardware

The foreign ministry said two Italian nationals were among the 14 people killed by Thursday's attack but did not identify them.

The death of Bruno Gulotta, 35, was announced by computer company Tom's Hardware, for whom he worked in marketing and sales.

“Our friend and colleague Bruno Gulotta was run over and killed by an odious terrorist in the heart of Barcelona,” a statement on the company website read.

LIVE: 34 nationalities among those affected by Barcelona attacks Paying tribute to the kindness and generosity of their co-worker, Gulotta's colleagues said his violent death had left his wife Martina facing “trials no-one should have to bear”.

“We put ourselves in the shoes of little Alessandro, who is about to start elementary school knowing his and his family's life will never be the same again. And we think of baby Aria … who will never know her Dad.”

Italian media reported that Bruno had been holding five-year-old Alessandro's hand just before he was hit by the van. Martina had one-year-old Aria in a baby carrier and managed to pull her son out of the way too.

The family, from Legnano, near Milan, were on holiday in the Catalan city.

The attack, which has been claimed by the Islamic State group, left more than 100 people of multiple nationalities injured, as well as those who died.

The foreign ministry said three Italians were among the injured but did not rule out the toll mounting.

“There are still other people to be identified and the Spanish authorities are working on that at the moment,” said Stefano Verrecchia, the head of the ministry's crisis unit.

Media reports identified the second Italian victim as Luca Russo, a young man said to have been in Barcelona with his girlfriend, who survived the attack.