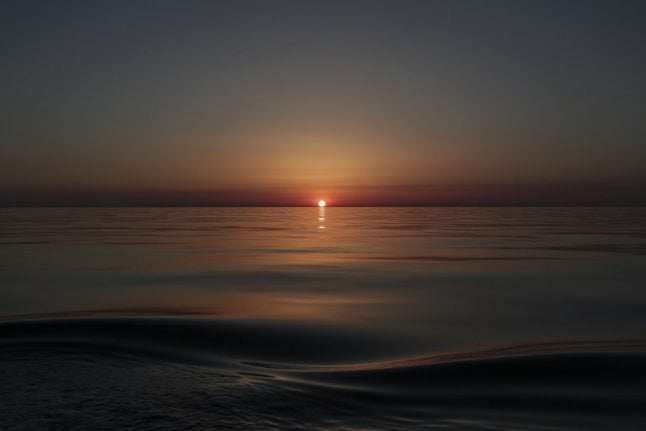 Jouma and Abdulhameed told AFP how they fled civil war and a humanitarian crisis that has ravaged South Sudan. Their fellow boat companions Saeed and Ghanim recounted a harrowing escape from police violence and poverty in Sudan. Saeed, a 28-year-old pharmacist, says he decided to leave following his third stint in a violent prison for his trade union activities.

But he told his wife he was going to Egypt: “Libya is a dangerous place, I did not want to worry her,” he said.

He and a friend travelled to Libya via Darfur on a route monitored more closely than before due to European pressure on migrant transit countries.

“It's hard to get through. There are the Janjaweed (pro-government militia accused of genocidal killings and atrocities), and the Sudanese government does not let you pass,” said 27-year old Abdoulhameed.

He and Ghanim, 20, had to make a several-week detour through Chad, while Jouma, 39, went through Egypt. At each stage the men were forced to pay off local militia or risk being held captive as slaves in the desert. “I've seen many people get killed,” Jouma said.

In Benghazi in Libya, Saeed ran into fundamentalists he was told belonged to Isis. “They asked us to read a few verses from the Koran and they let us go,” he said. One after another the men contacted a smuggler network to attempt the perilous crossing to Italy, with prices set between 1,200 and 2,000 Libyan dinars to “cross the river”.

The fare — less than $300 on the black market — is up to four times less than the sums demanded a few years ago thanks to a drop in the value of the dinar and the use of cheap dinghies rather than wooden boats.

The traffickers locked the men up with another 300 to 400 migrants. “Something like a prison. It was a very hard situation, inhuman,” said Saeed, who spent three weeks there.

Abdoulhameed said “sometimes if you don't pay the money they torture you, they beat you. Ghanim said they had been told they would be set out to sea soon, but there had been a delay because “'nowadays the situation is unstable'.

“'There are warships from Italy, a lot of people on the sea, if you move they are going to send you back',” he was told. Since early August, Italian navy ships have been active in Libyan waters, helping the local coastguard intercept migrant boats.

During the night of Monday-Tuesday, the smugglers came to get the men and drove them to the beach. To his despair, Saeed's travelling companion was forced to stay behind at the last moment.

The departure was organised by a “general” kitted out in a uniform. “In that place, (there were) no Libyan coastguards,” Ghanim said. “The smuggler said to us 'I'm the boss'”.

They were packed onboard and set out to sea, but their overloaded canoe began to sink in the night and the migrants called for help with a satellite phone they had been given by the smugglers.

A privately-funded Maltese rescue boat, the Phoenix, saved the 112 people onboard, including seven young children.Those rescued hailed from mainly from Sudan and South Sudan, as well Bangladesh, Egypt, Morocco and West Africa.

Transferred to the Aquarius — another rescue ship chartered by SOS Mediterranee and Doctors Without Borders — they arrived in Sicily on Wednesday, without having a clear idea of what comes next.

Would they try to reach England? Would they find work? In the short-term, they intend to regain their strength in Italy and ask for little — simply better conditions than those found in Libya. “I hope the (refugee) camp (here) is good,” Saeed said.