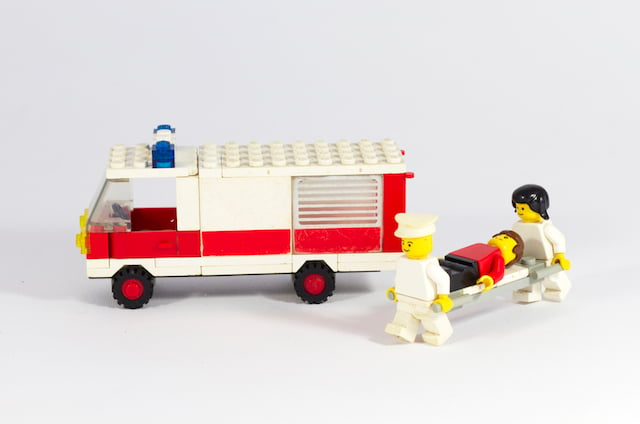 Photo: tizianella/Depositphotos
“What a pleasure to see a child able to choose and give him what he wants,” read the Facebook post from the Ageop Ricerca association in Bologna. “Thank you world”.
READ ALSO: Italy smashes record for tallest Lego tower
The group — which has been involved in research, funding and support for cancer patients and families at the oncology department of Sant'Orsola hospital in Bologna for 35 years — appealed to its Facebook community on Sunday as it faced a shortage of toys for its young cancer patients.
“We have a Lego emergency,” began the August 13th cry for help from Ageop director Francesca Testoni.
“At any age, building a car, robot or space shuttle is always a wonderful way to pass the time and allow the spirit to travel,” she wrote. “Can you help us?”
Testoni pointed out that the hospital's young patients could only play with new and unopened toys for hygienic reasons.
Within three days, the hospital received 500 boxes of new Lego building bricks, which she said is the most requested toy.
“There is a seven-year-old boy who has just entered the transplant unit. He is completely isolated and bored, but now he is building an entire city in his cocoon,” Testoni said.
READ ALSO: Lego overtakes Ferrari as 'most powerful brand'
The association also collects toys to give to children on their birthdays or as treats for getting through a particularly difficult treatment, she said.
But the annual December drive does not always yield enough toys for the clinic, which has six beds in the transplant unit, 16 in the hospital and treats about 30 young patients in the day hospital.
The first boxes, brought in by locals, arrived on Monday and others ordered online are still flooding in. Even more are expected next week, Testoni said.