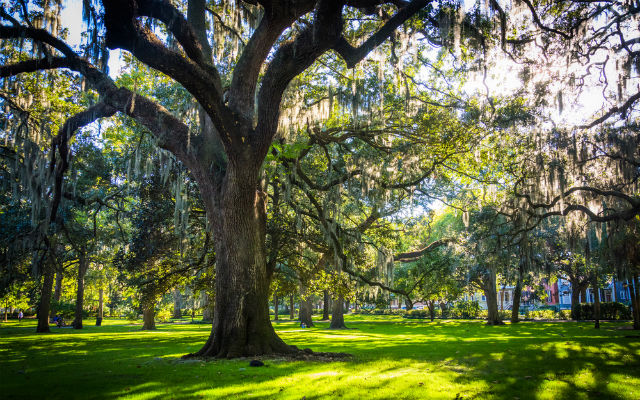 Boeri is the brain behind the sustainable residential building project Vertical Forests, the first of which was built in Milan, hosting thousands of trees and plants on a tower block.

He has championed the idea of incorporating greenery into urban planning to tackle problems caused by urbanization, including air pollution, and a larger green 'city' will be built near the Chinese city of Liuzhou in the next few years.

Now Boeri has said he believes plants could have a role to play in fighting terrorism in Europe.

“Terrorists want to lock us in our homes, hoping to force us to give up living in the collective places and public spaces of our cities,” Boeri said in a statement two days after the fatal Barcelona terror attacks last Friday.

While the architect acknowledged that traditional measures to fight terrorism are still needed, he explained how urban public architecture could do more.

“We should respond with an accurate use of natural beauty and its symbolic value,” says the architect, taking aim at “concrete barriers”, which have been one of the main defences against vehicle attacks in large European cities.
Milan's Deputy Mayor Anna Scavuzzo had earlier announced that Italy's second city would install large concrete barriers at the entrance to several squares and public sites to prevent large vehicles entering at speed.
Boeri argues plants would do the job better.

“Instead of distorting the most vital and open spaces of our cities by filling them with concrete barriers and modular plastic security devices (or simple flower boxes),” the green forest founder says in his post “we should oppose the instinct of death brought by these bestial people with calm presence of plants – in particular oaks.”
The architect invited mayors of all European cities to follow his advice: place a pot, about three metres wide – large enough to hold a large tree – at the entrance to squares and key sites in each city.
The effect of such an urban redesign, argues Boeri, would be to create obstacles to prevent vehicle attacks, such as the ones witnessed in Barcelona, Nice, Berlin and other locations in the last 18 months.
In Boeri's words, the oaks in giant pots would serve to “protect the passage of pedestrians and to minimize the risk of mass murder.”
READ MORE: More than 40 per cent of Italian coastline is polluted