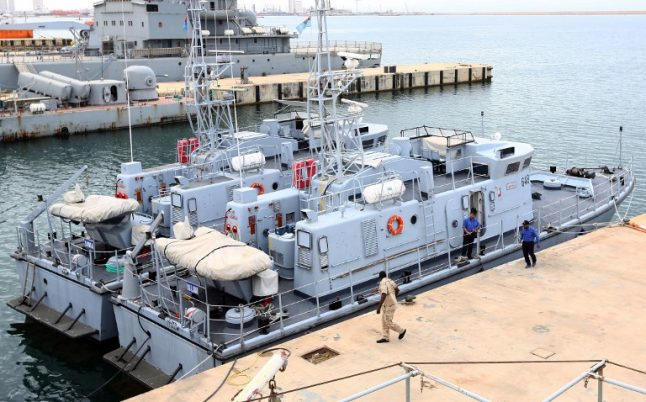 The new blueprint involves building capacity at the points of departure for migrants, primarily in Niger, Chad and Libya.

The document, an Italian translation of which was seen and published by Huffington Post Italy before it is officially due for release later Monday, outlines several new strategic directions agreed upon by Italy's EU partners and key African states.

Italy's Interior Minister Marco Minniti met with his counterparts from Chad, Niger and Libya on Monday August 28th in Rome, reports Ansa, before the heads of state of those same countries meet EU leaders in Paris.

The meeting was called for by French President Emmanuel Macron and will be attended by German Chancellor Angela Merkel, Spanish Prime Minister Mariano Rajoy, Italian Prime Minister Paolo Gentiloni, the heads of state of Libya, Niger and Chad – as well as top EU officials.

The document they have apparently agreed on is a ringing endorsement for Italy's recent policy on migration.

“In partnership with the EU, Germany, Spain, France and Italy will continue to improve economic cooperation with local communities along the migratory routes, particularly in the region of Agadez (Niger) and in Libya, in order to create alternative sources of income and make them independent of human trafficking,” says the document, parts of which were leaked early by Ansa.

“In this sense, the Italian project of cooperation with 14 local communities on migration routes in Libya is very appropriate,” it adds.

Italy's Interior Minister Marco Minniti, the country's former spymaster, is credited as the architect of the proposal which emphasizes reinforcing the Libyan coast guard, strengthening capacity and improving conditions in Libyan refugee centres.

The new strategic approach will see the creation of a special “high level” task force in the Maghreb to tackle security issues, as well as the reinforcement of domestic institutions to tackle terrorism and human trafficking in Libya, Chad and Niger.

The EU will also apparently offer financial support for all three African countries to reinforce their borders with each other. Organizations like UNHCR will be empowered and mandated to strengthen human rights on the ground.

The Paris accord also reemphasizes the agreement orchestrated earlier this year by Minniti with 14 key Libyan councils to fight human trafficking. It also endorses Italy's much-discussed code-of-conduct for NGO rescue missions in the Mediterranean.

The meetings follow a week of violent clashes between migrants and police in Italy, after 800 or so migrants were forcefully evicted from a building in Rome.

Interior Minister Minniti has suggested confiscated mafia properties could be offered to migrants by the state as accommodation, writes Repubblica, including to the people recently evicted from the building in Rome.