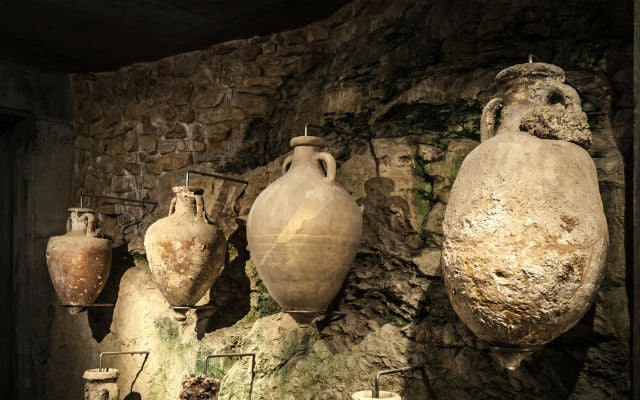 A research team from the University of South Florida carried out tests on an ancient jar found in a cave in Sicily, and found it contained traces of 6,000-year-old wine, they announced on Friday.

The finding, published in Microchemical Journal, is “significant as it’s the earliest discovery of wine residue in the entire prehistory of the Italian peninsula”, the archaeologists said.

In other words, the discovery has popped the cork on everything that we know about the history of wine in Italy.

Previous recovery of seeds and samples had led to the belief that winemaking developed in Italy in the Middle Bronze Age, 1300-1100BC, or just over 3,000 years ago.

But the ancient copper container unearthed – nearly intact – in a cave on Monto Kronio, on Sicily's southwest coast, opens up 3,000 years of winemaking history on the peninsula that were previously unchartered.

It establishes a completely new, much older, timeline for the birth of wine in Italy, dating back way before ancient Greek or Roman Bacchanals.

The large storage jar found near Agrigento contains tartaric acid and its sodium salt, “which occur naturally in grapes and in the winemaking process,” according to the experts.

The copper container is more than 6,000 years old, making it the oldest known Italian wine and one of the oldest pieces of evidence for winemaking in the world.

The oldest known winemaking activity in the world was confirmed in Armenia, according to National Geographic, and was also approximately 6,000 years old. Some experts however have argued that the first winemaking in the world dates as far back as the Neolithic Age up to 10,000 years ago.

Nevertheless, the wine traces discovered in Agrigento will help experts reconstruct how wine was produced and traded on the island 6,000 years ago.

“This newest research, led by the University of South Florida, provides a new perspective on the economy of that ancient society,” said the university.

The previous oldest Italian wine residue was found in a Nuragic winepress near the Sardinian capital Cagliari in the early 1990s, according to Business Insider Italia. It was 3,000 years old.

The researchers who discovered the container in Sicily were unable to establish whether the residue found was of red or white wine.

There is also no precedent to know what an auctioneer like Sotheby's might charge for a 6,000-year-old jar of Sicilian Merlot, should one still exist.