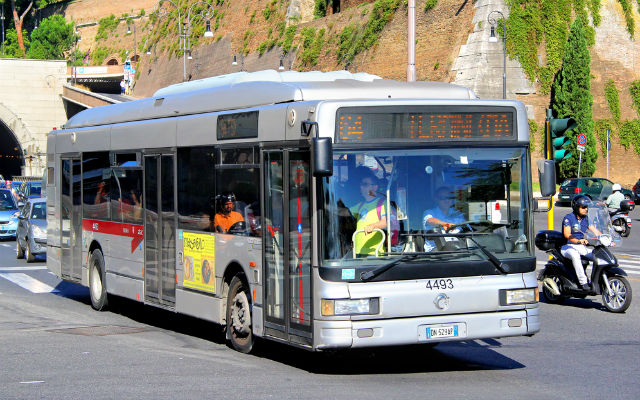 The driver of one of Rome's metropolitan buses had replaced the destination on the digital display at the front of the bus with words of his own: 'vaccinati sto cazzo' (word-for-word translation: vaccinate this dick).

'Sto cazzo' is a phrase broadly used in vernacular Italian to dismiss something, but the second person singular suffix -'ti' suggests the driver may have been aiming his barb at a specific audience.

It's unclear whether the driver was protesting Italy's recent compulsory vaccination for school enrolment or whether he was just letting loose on the capital's commuters.

“Following on-the-spot investigations, ATAC announces that it has, as of August 29th, proceeded to suspend an employee for improper use of a bus line display. This happened on Sunday, August 27th,” ATAC wrote in a brief statement on its website.

Rome's public transport authority had earlier said it condemned the driver's actions and that “its brand had been damaged by the act.”

It adds insult to injury in what has been a difficult period for ATAC.

The transport company cancelled over 1 million rides in 2016, according to recent media reports: it is also heavily indebted and looking for ways to avoid having to make further cuts.