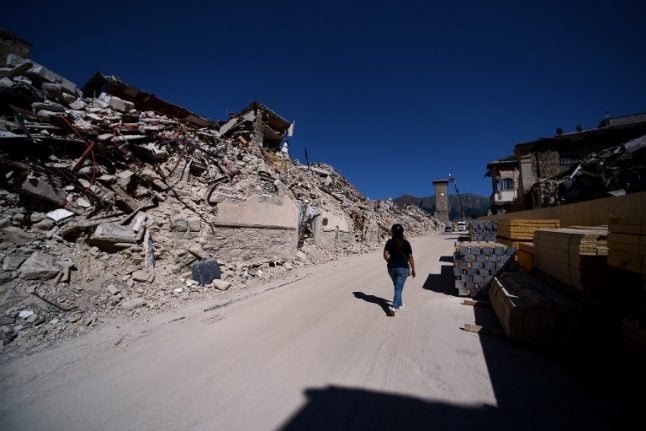 The Budget Committee of the European Parliament overwhelmingly approved the payment from the EU Solidarity Fund, which helps member states cope with natural disasters.

“The EU promised to help Italy face this tragedy; I am proud to say we are delivering on this,” said Giovanni La Via, an Italian lawmaker belonging to the largest group in parliament, the European People's Party.

“1.2 billion euros is the biggest ever use of the EU Solidarity Fund, which will be used to help the people of Umbria, Lazio, Marche and Abruzzo, dramatically affected by the earthquakes, to plan a new future,” La Via said in a statement issued by parliament.

A series of strong earthquakes and aftershocks between August 2016 and January 2017 affected large areas of the Apennine Mountains in central Italy.

More than 330 people died and more than 30,000 were displaced and in need of assistance, while infrastructure and businesses were badly hit.

The statement said Italy was the largest overall beneficiary of the EUSF to date, receiving 1.3 billion euros since the fund was set up in 2002 after heavy flooding in central Europe.

European Parliament head Antonio Tajani, also from Italy, said the vote showed “EU solidarity at its best”. The payment must be approved by the full parliament next month.

READ MORE: Why quake-hit Amatrice in Italy will never be the same again