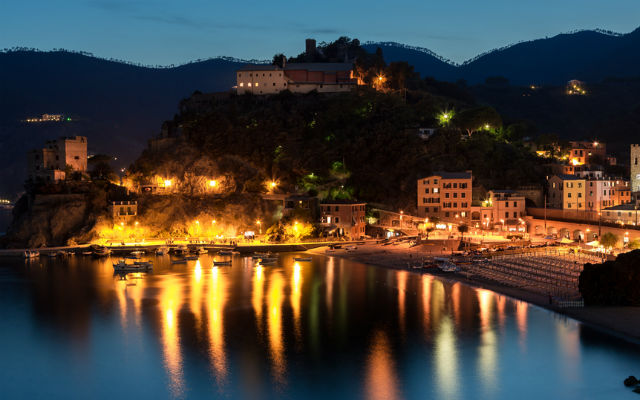 The 20-year-old man and his friend, aged 23, were returning by boat from a party in Monterosso, a coastal town in the northern Cinque Terre region in the Italian Riviera.

The men had apparently stopped to urinate in the sea at night on a stretch of beach used by fishermen when they were caught in the act by the police officers.

“We thought we hadn't been seen,” one of the accused told national news agency Ansa.

“We didn't know where else to go, at that time the bars were practically all closed, and we believed that urinating in the sea was the most natural thing to do.”

The police arrested the two men and charged them with “acts of public indecency” before handing each one a €3,300 fine.

READ ALSO: Revealed: These are the best beaches in Italy

In April this year, a 19-year-old student in Genoa was fined €10,000 for urinating in a side alley in the city centre.

In early 2016, Italy de-criminalized acts of public indecency, which include not only public urination but also carrying out sexual acts in public, for example.

This meant that those found guilty now face administrative sanctions rather than criminal charges; in other words, no jail time, but a larger fine of between €5,000 and €10,000.

But the legal change may also mean that those caught short are less likely to be let off. In 2013, before the change, a 55-year-old was acquitted and let off a fine for public urination after Italy's Supreme Court deemed the act to be “urgent”.

If the courts don't decide in your favour, peeing in public can turn out to be very costly indeed.

Last year, an Italian teacher was fired over a previous conviction for urinating in a bush. Though the offence itself was minor, failing to declare a criminal record is a sackable offence for teachers, and Italy's Court of Audit told the school the man had to be let go.